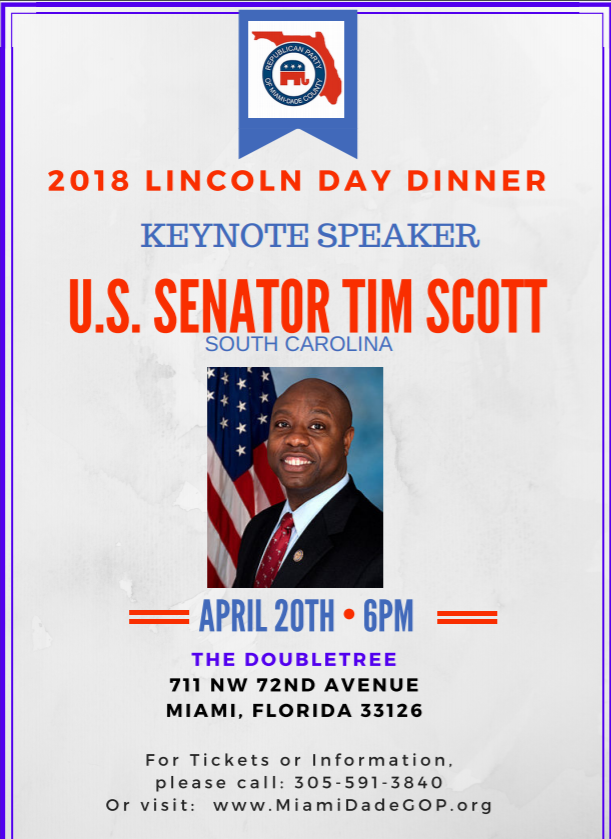 Scott, R-SC, was one of the key players in crafting and passing $1.5 trillion in tax cuts late last year. POLITICO MAGAZINE recently called him "the most powerful and prominent black elected official in America." Sen. Marco Rubio will introduce him.

"We are incredibly excited to have such a dynamic speaker and conservative coming to Miami," said Nelson Diaz, chairman of the Republican Party of Miami-Dade County. "Senator Scott was an integral part of the tax reform legislation that has benefited so many Americans and their small businesses.”

The event takes place 6:30 p.m. following a private reception at the Doubletree Hotel, 711 NW 72nd Ave. Tickets can be acquired at www.MiamiDadeGOP.org.