« Legal showdown over felons' voting rights set for July in Atlanta | Main | Levine's money has him ahead in Florida's Democratic primary. But will his lead hold? »

Advocacy group asks Dept. of Corrections to turn over its budget documents 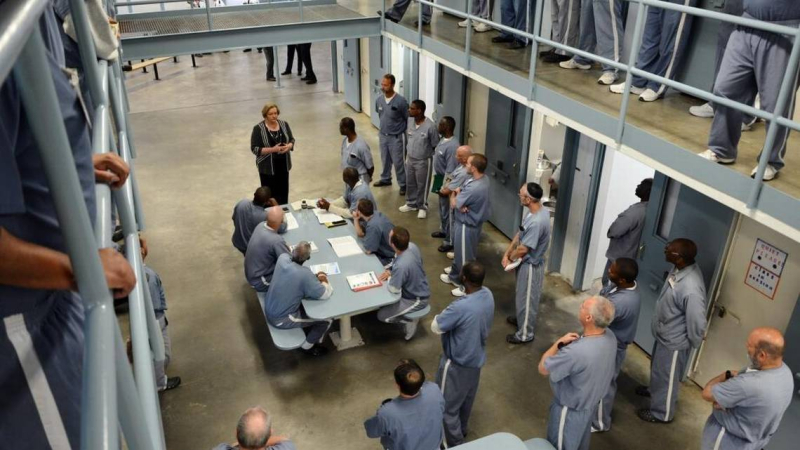 A advocacy group representing a coalition pursuing prison and sentencing reform has filed a public records request with the Florida Department of Corrections in an effort to find out if other options were considered before the agency moved forward with a plan to cut $28 million from treatment and transition programs.

"There are a number of better alternatives to addressing FDOC’s budget shortfall than cutting critical programs that are proven to help incarcerated people transition from prison to healthy, productive lives and prevent them from reoffending," wrote Shalini Goel Agarwal with the Florida Office of the Southern Poverty Law Center, a member of the Florida Campaign for Criminal Justice Reform in the records request. "For instance, dozens of other states have adopted bipartisan criminal justice reforms that are reducing prison populations, saving tax dollars and improving public safety,''

The group says the agency, "the Scott administration and legislators have turned a blind eye to Florida’s excessive incarceration policies, and the financial strain resulting from over-incarceration."

The coalition suggests that Gov. Rick Scott and lawmakers should have considered using rainy day funds "before announcing these misguided and dangerous budget cuts."

● Electronic copies of all emails dated from March 11, 2018 to present related to the
recently announced budget shortfall and/or cuts to program funding sent to or from
Secretary Julie Jones, Chief Financial Officer Kimberly Banks, Budget and Financial
Management Chief Mark Tallent, and/or Community Programs Chief Shawn Satterfield.
● Copies of any cost analysis or report related to these budget cuts.