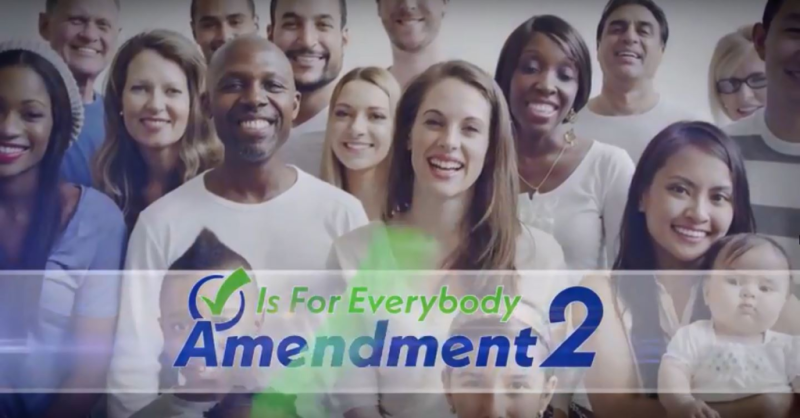 That's in part because November's ballot promises to be a long one, with scores of races and proposed constitutional amendments, which can sometimes lead voters to skip questions or vote "no" more easily.

"We are in a non-presidential election cycle so there's going to be some voter fatigue and endurance issues and we want to make sure when they get to Amendment 2 they're going to vote 'yes,'" said Patrick Slevin, a spokesman for the Florida State Hispanic Chamber of Commerce, during a press conference held on Tuesday by Florida TaxWatch and its partners.

Amendment 2 was put on the ballot by a vote in the Florida Legislature, and would make permanent a 10 percent cap on annual tax increases for properties that don't fall under the homestead exemption — including businesses, rentals and summer homes. There is an exemption for taxes levied by school districts.

That cap was established by an amendment approved by voters in 2008, but is set to expire in 2019 unless 60 percent of voters check "yes" next to the proposed amendment to the state constitution in November. A political committee called "Everybody is for Amendment 2" has launched an ad explaining and promoting the amendment.

Even the Florida League of Cities and the Florida Association of Counties, two groups that would be impacted by a limited property tax base, do not currently have positions on Amendment 2, though they may adopt positions at a later date. Cities and counties can still change their property tax rates.

Dominic Calabro, president and CEO of Florida TaxWatch, said polling shows that the amendment is nearing the required 60 percent of voter support, but they are working to shore up support just in case. TaxWatch, a nonpartisan business-backed research group, predicts that if the cap were allowed to expire it could mean an annual $700 million increase in taxes on those types of properties.

The 2018 ballot will feature the races for U.S. Senate, governor, cabinet positions and 13 proposed constitutional amendments — on top of any local elections.

"Voter fatigue" was a major topic of conversation of the Constitution Revision Commission, which log-rolled several amendments together with the stated goal of reducing the total number of questions. The result will be single proposed amendments that address multiple issues, like vaping indoors and offshore oil drilling.

Amendment 2 is "straightforward" and only includes one issue, which helps its chances, Calabro said. "But you can't anything for granted."