It's another seven-figure week on television for Rick Scott 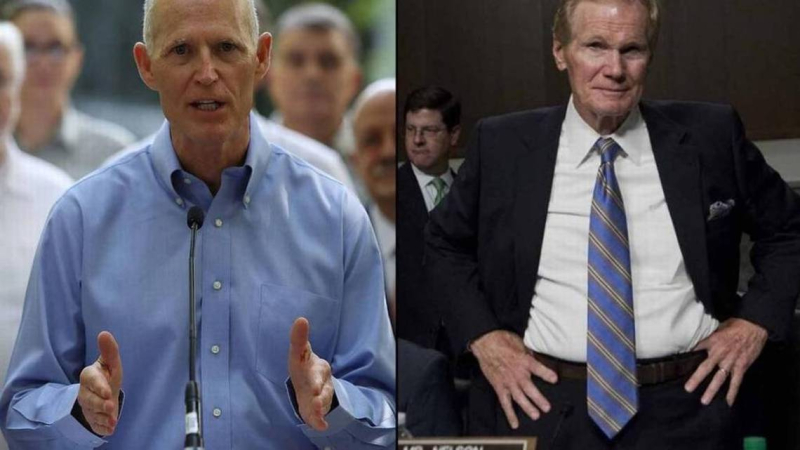 Florida's U.S. Senate race is coming to the airwaves in Miami.

Republican Gov. Rick Scott is continuing his television advertising blitz by releasing a Spanish language ad in the South Florida market, part of a $3.2 million television ad buy spread between three ads across the state just this week.

The Spanish language ad, titled "Cambiar" (change) focuses on Scott's effort to create jobs, and is the latest iteration in a television campaign that has cost over $8 million with Election Day about six months away. Scott's likely opponent, Democratic Sen. Bill Nelson, has not spent money on television advertising yet.

The ad targeting South Florida voters comes two days after the Scott campaign released a television ad targeting Puerto Rican voters in Central Florida, a group of voters seen as crucial for both parties in what could be the most expensive U.S. Senate race in history. Scott has released six television and digital advertisements since he officially announced his candidacy last month.

Scott was in Israel earlier this week with a host of U.S. Senators as the Trump administration opened a new U.S. embassy in Jerusalem, and he may have free reign of the state throughout the month of August if Senate Majority Leader Mitch McConnell cancels a scheduled break and forces Nelson and other Democrats up for reelection to stay in Washington for votes.

Watch the new ad below: