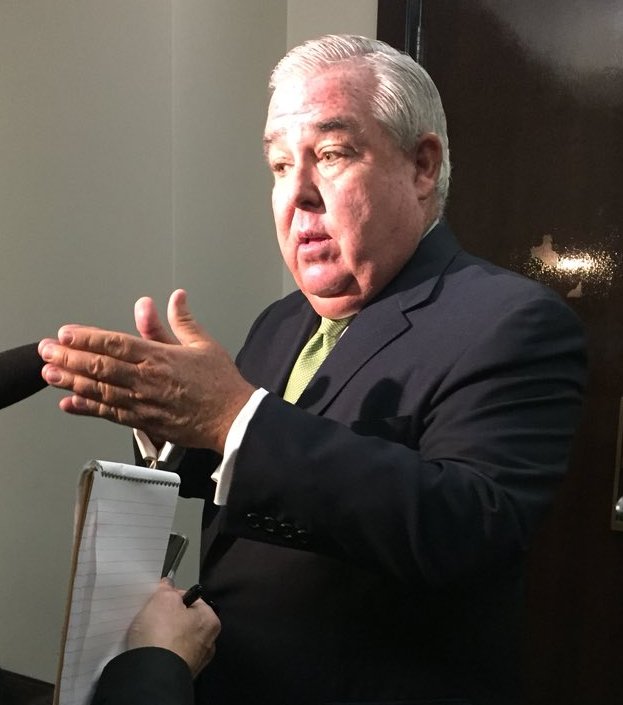 Orlando attorney John Morgan said Wednesday he has no regrets on his decision to stay out of the 2018 governor's race and thinks that his friend, Richard Corcoran, made the right move to drop out.

"To run for governor, you've got to be done making money and I'm not done making money," Morgan told reporters Wednesday before the three-hour trial in Leon County Circuit Court in his lawsuit against the state for banning smoking as a delivery form for medical marijuana.

With characteristic bluster, Morgan said that he told Democratic candidate for governor Philip Levine, the former Miami Beach mayor, that he's "lucky I'm not running for governor, because I'd win in a landslide."

He said that he spoke with his friend Corcoran, the Republican House speaker, at Morgan's beachside home near Daytona as Corcoran was weighing whether to stay in the race.

"I said, Richard, here's the deal. it's all about money and if you don't got the money, you'd can't run,'' he said. "I said at the end of the day, questions answer themselves and I think the questioned was answered for Richard Corcoran when the money froze up."

Morgan, a Democrat, said the battle between Democrat U.S. Sen. Bill Nelson and Republican Gov. Rick Scott will be a "dog fight."

"You cannot underestimate this Rick Scott,'' he said. "He's a bald-headed Eveready Bunny who just never stops. He's focused. He's got the money and he's got the message and if I was Bill Nelson, I'd be worried."