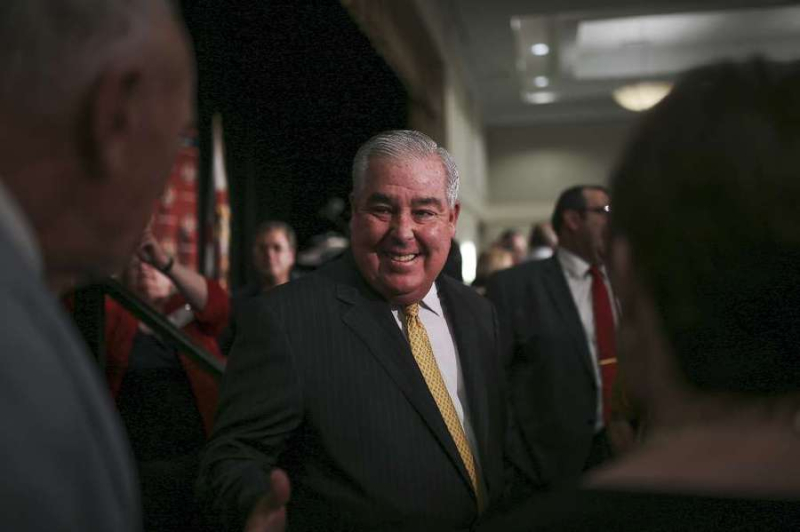 In a press conference with reporters, Morgan said the governor is responsible for the state’s decision to appeal and flouting voters’ desire to smoke the drug for medical use privately.

“What everyone needs to understand is that Gov. Scott could remove that appeal today if he wants,” Morgan said. “Gov. Scott should say enough is enough: ‘I am going to allow the people’s will to be done.’ “

“The most direct method to get relief is smokeable marijuana,” Morgan added. “This is not a political issue.”

In concurring with plaintiffs’ arguments that the voter-approved definition and ballot language implied a right to smokeable medical marijuana, Gievers rejected arguments asserting the state had the authority to set limitations on smoking for health and safety concerns.

But the state filed an appeal shortly thereafter, putting an automatic stay on the ruling as it goes to the 1st District Court of Appeal.

"This ruling goes against what the legislature outlined when they wrote and approved Florida’s law to implement the constitutional amendment that was approved by an overwhelmingly bipartisan majority," state Department of Health spokesman Devin Galetta wrote Friday.

But Morgan cast the decision to appeal the ruling as a misguided political choice that Scott should reconsider amid his ongoing U.S. Senate campaign against Sen. Bill Nelson.

He called on voters — including veterans, alluding to Scott’s perpetually-worn Navy hat — to contact the governor and urge him to end the state’s legal challenge.

Scott “is going to have to explain to veterans and really sick people and people who have really bad injuries why you kept this going,” he said. “Pam Bondi is just his lawyer… Rick Scott is the boss and the buck stops there.”

If he drops the appeal, “I think he gains 5 points overnight,” Morgan said. “Gov. Scott is playing with political wildfire for something he doesn’t have to do.”

Morgan also blamed the pharmaceutical industry and opioid makers for wanting to drag out the case and trying to suppress the medical marijuana industry, accusing them of being threatened by a more effective product.

“Gov. Scott is going to have to make a decision whether he is going to put politics over people or he’s going to put campaign contributions from the pharmaceutical industry over compassion,” he said.

Morgan said Tuesday he was willing to wait a few weeks for Scott to heed his call before potentially moving to expedite the case to the state Supreme Court.

“If a person is terminally ill, you can move to expedite trials, hearings, the whole process,” he said. He noted the diagnosis of 68-year-old Cathy Jordan, one of two patients who are among the plaintiffs in the suit. Jordan has Lou Gehrig's disease and illegally grows marijuana in her own backyard to smoke.

Morgan said he believes the ballot language, the statement of intent and the support of more than 71 percent of voters is ironclad, regardless of the court’s ideological tilt: “I believe that if [late Supreme Court Justice Antonin] Scalia was alive, he’d side with us.”