Levine's money has him ahead in Florida's Democratic primary. But will his lead hold? 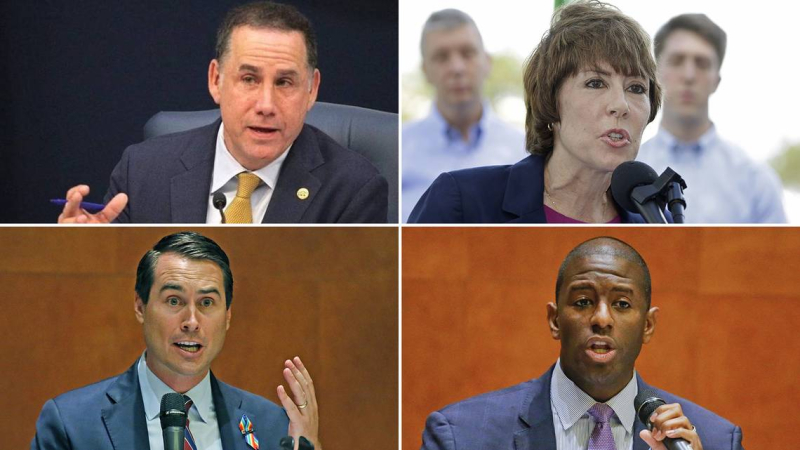 Early in the campaign to become Florida's next governor, as tongues wagged over Trump administration talk about opening up oil drilling along the coast of the Sunshine State, three of the four candidates in the Democratic primary issued sternly worded campaign statements and gave press interviews condemning the proposal.

Philip Levine did that, too. And then he spent $375,000 airing a commercial in which he promised to hold oil exploration at bay.

The next month, when Florida House Speaker Richard Corcoran launched a controversial commercial on sanctuary cities, Levine spent another quarter-million on TV just to counter with his own message on immigration. And when a horrific shooting in Parkland placed guns back in the center of American politics just a few days later, Levine pledged to ban assault weapons — in a commercial that cost his campaign more than $700,000.

As his opponents save their money for the final weeks of the Democratic primary — when voters are more attuned to the fact that an election is under way to choose their next governor — Miami Beach's independently wealthy former mayor has gone on a spending spree. He more than doubled Gwen Graham's $3.4 million in expenses through the start of April, throwing $7 million into social media ads, television spots and other forms of advertising capitalizing on issues as they arose. On Tuesday, he celebrated Teacher Appreciation Week by releasing yet another commercial featuring his mother talking about teacher pay raises.

It's a move straight out of the current governor's playbook: Use your own money and go on air early and often. In return, voters have rewarded Levine with a lead in the polls.