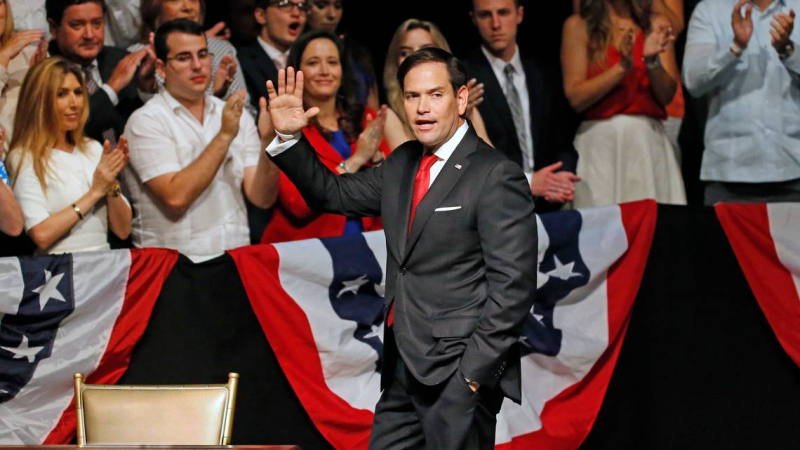 Rubio on Wednesday plans to file the Liberty City Rising Act, named after the Miami community where two shootings little more than a week apart in March and April wounded two and killed three, including a 4-year-old girl. The shootings at Liberty Square, a roughly 709-unit HUD project, sparked a walkout at nearby Miami Northwestern High and directed political and media attention to gun violence in low-income, minority communities after the mass shooting in Parkland.

Specifically, Rubio's bill seeks to require that public housing authorities ensure that HUD and Section 8 voucher properties in “high-crime areas” have dead-bolt locks on entry doors, smoke detectors in common areas and covers on security camera boxes and covered security camera wires. Security cameras must work – a problem that may have complicated the police investigation into the second of the two shootings in Miami.

The law, according to Rubio's office, also requires that housing authorities operate a crime hotline available to tenants, and that HUD give priority to “high-crime areas” when awarding its properties safety and security grants.

Rubio, R-Fl., is filing the bill shortly after a visit to Liberty Square, which is undergoing an ambitious redevelopment as part of Miami-Dade County’s Liberty City Rising program.

“During my visit to Liberty City, I heard firsthand from a community that has been wracked with violence for far too long,” Rubio said in a statement. “I will work to pass the Liberty City Rising Act as a means to ensure that communities like Liberty Square are held to higher safety standards so these families can raise their children in safe and sanitary living conditions.”

Rubio recently called for the Department of Housing and Urban Development (HUD) to quickly approve requests for housing vouchers for eligible tenants seeking to leave Liberty Square and requested the Senate Small Business Committee to visit Liberty Square to talk about how small businesses can get involved.