Was Jorge Pérez drunk when he made controversial sea level rise comment to Jeff Goodell? 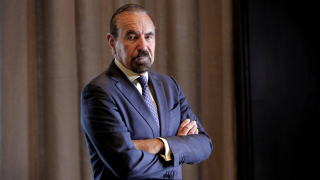 When author Jeff Goodell approached developer Jorge Pérez during a party at the Pérez Art Museum to ask him if sea-level rise had changed his approach to building, the chairman and CEO of The Related Group replied: "In 20 or 30 years, someone is going to find a solution for this. Besides, by that time, I’ll be dead, so what does it matter?”

That quote made it into Goodell's 2017 book, "The Water Will Come: Rising Seas, Sinking Cities, and the Remaking of the Civilized World," a chilling, exhaustively researched look at the growing environmental threat poised to become a global disaster.

Because Pérez rarely speaks about sea level rise, his quote from the book went viral — embodying the seemingly cavalier approach real estate developers have toward sea-level rise in coastal cities.

During an interview with the Miami Herald to celebrate the upcoming opening of Related's latest project — the 57-story SLS Lux Brickell condo hotel at 805 South Miami Avenue — Pérez called his comment "idiotic," although he also says he doesn't remember saying it.

"Let me tell you — and I want to be very very candid, even though it might sound politically incorrect — I have no idea who this reporter is. I have absolutely no recollection of a reporter coming to me and asking me these questions," Pérez said. "So I am sorry that that quote ever happened. I did not mean that at all. Not only do I have children, but I hope to have grandchildren [who] will be here 30, 50, 100 years from now. It is very important for me that we are environmentally conscious, particularly in coastal areas."

He added: "To say this is an issue that doesn’t affect me is absolutely idiotic. If I said it, maybe I had too many drinks that night."