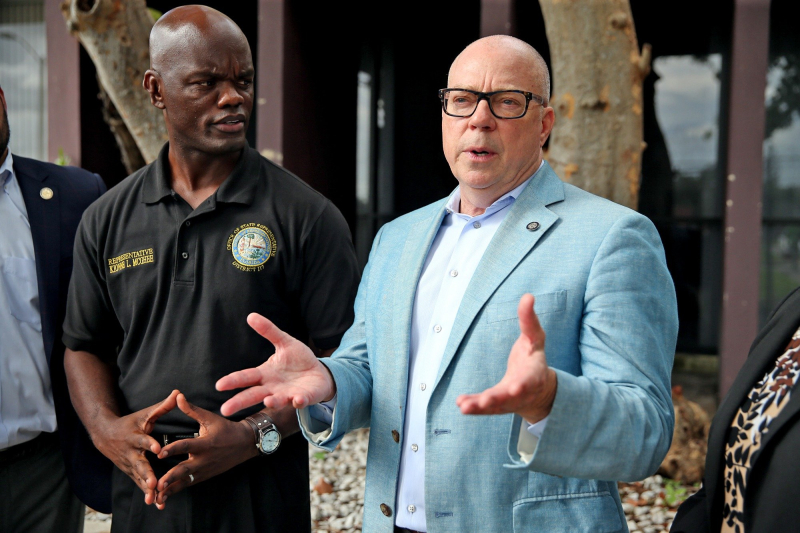 As a forensic accountant, David Richardson spent decades breaking down financial documents and finding their flaws.

He's retired now. But he hopes the same skills will help him build a new career in Congress.

Ever since the Democratic primary ballot was set last month for Florida's 27th congressional district, the 60-year-old state lawmaker has been sifting through the details of his opponents' records and pulling at loose ends. He's focused on former University of Miami president Donna Shalala, whom he's labeled a "double-dealing corporate Democrat" and attacked for joining corporate boards after stepping down as Health and Human Services secretary in 2001.

Negativity can backfire, and Richardson's own record isn't immune to scrutiny. But by running a campaign that is nearly as anti-Shalala as it is pro-Richardson, he hopes to contrast and promote his progressive platform with the Democratic stalwart's long and complicated political history.

“What I’m doing is exposing the truth about her record," says Richardson. "She has a duty to respond, not to me, but to the voters.