« Rick Sott on Puerto Rico: 'I don't know what I would do differently' | Main | Levine campaign puts $1 million behind schools commercial » 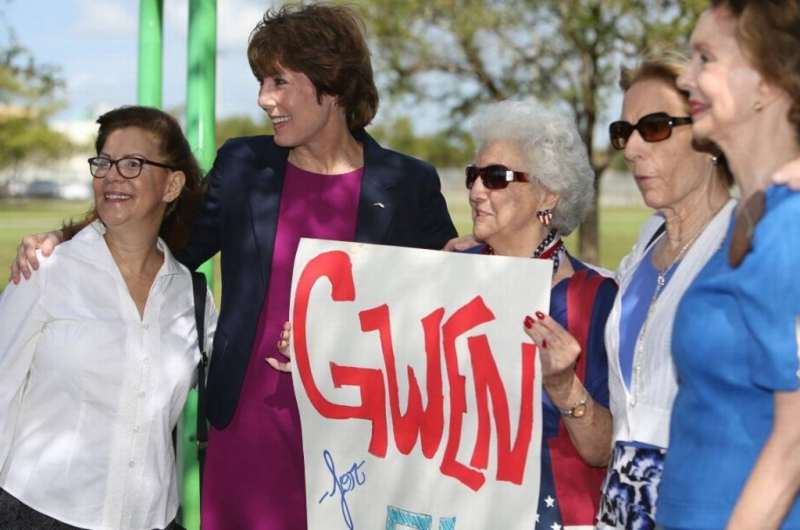 Gwen Graham would phase out private prisons in Florida and decriminalize the personal possession of marijuana if elected governor, according to a nine-point plan her campaign laid out today.

"For too long, the politicians in Tallahassee have ignored the inequity and pervasive prejudice in Florida’s criminal justice system," Graham said in a statement. "While they’ve failed to act, Floridians have been hurt by mass incarceration, increasing costs and devastating cuts."

Graham, one of four Democrats running for governor, laid out proposals that she thinks can pass in Florida's Republican-dominated Legislature, where some Republicans have led the charge for criminal justice reform - with mixed success.

Graham said she supports reforming the bail bond system, which keep poor people who can't afford to pay bail in jail longer. Orlando-area State Attorney Aramis Ayala announced in May that prosecutors in her office would no longer seek bail for low-level offenders, one option that Graham says she is considering.

Some of her other ideas include:

Graham said her first priority is "upholding the will of the people" and making medical marijuana accessible to those who need it. But she also believes that possession of marijuana in small amounts should not have a criminal penalty.

Some Florida counties have changed their ordinances so that being caught with small amounts of marijuana results in a civil fine, rather than an arrest.

"Florida should embrace the principle that no young person should go to jail or have their lives ruined over an incident of marijuana use — we can and should decriminalize," she said in a statement.

Her ideas didn't go quite as far as Orlando businessman Chris King's, who is trailing in the polls. King wants to eliminate the death penalty in Florida and legalize marijuana completely.

Graham's plan prompted King campaign spokesman Avery Jaffe to take a shot at her, calling it "half-hearted" and "lame."