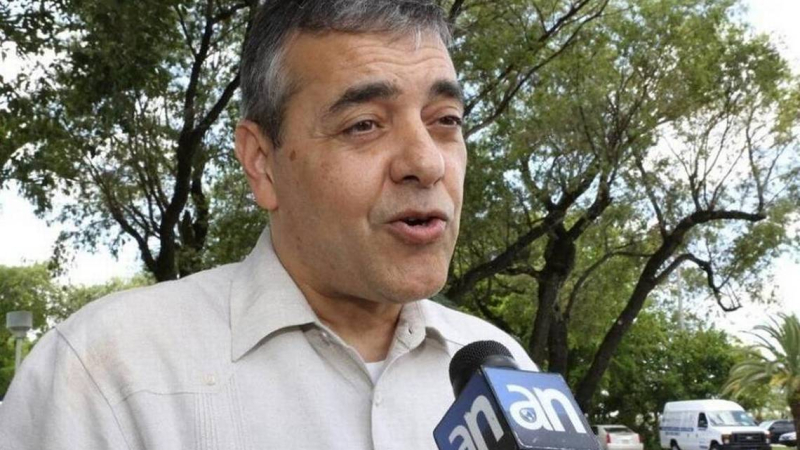 After months of laying low, former Miami congressman David Rivera has been on a Tweet-storm this week in which he's attacked his enemies, including Benjamin Greenberg, the U.S. Attorney for the Southern District of Florida.

"Acting US [Attorney] Ben Greenberg will become a federal judge when cows fly," Rivera tweeted Tuesday, responding to a Sun-Sentinel article that named Greenberg as a finalist for a Trump appointment to the federal bench. "His tenure has overseen corruption inside [the Southern] District including extortion and sexual assault. Will be exposed publicly very soon. Stay tuned."

Rivera, who was investigated for years by the Southern District under then-US Attorney Wifredo Ferrer but never charged, also piggybacked on a Tuesday tweet by President Donald Trump about "hating frauds" at the FBI ad attacked the man who led his investigation, Assistant US Attorney Thomas Mulvihill. Rivera compared Mulvihill and FBI agent David Nanz to conservative boogeymen James Comey and Peter Strzok.

Rivera, a Republican, has been out of office since 2012, when he lost his congressional seat to Democrat Joe Garcia. During Garcia's primary race, Rivera was suspected of funneling nearly $70,000 into the campaign of Justin Lamar Sternad, a straw Democratic candidate who later pleaded guilty. A go-between, Ana Alliegro, also pleaded guilty to criminal charges.

Rivera narrowly lost a bid to return to the state House two years ago and flirted with another campaign this year. He has denied any wrongdoing, and is currently fighting a lawsuit by the Federal Elections Commission that seeks to impose nearly $500,000 in penalties against Rivera for alleged campaign finance violations in relation to Sternad's 2012 campaign.