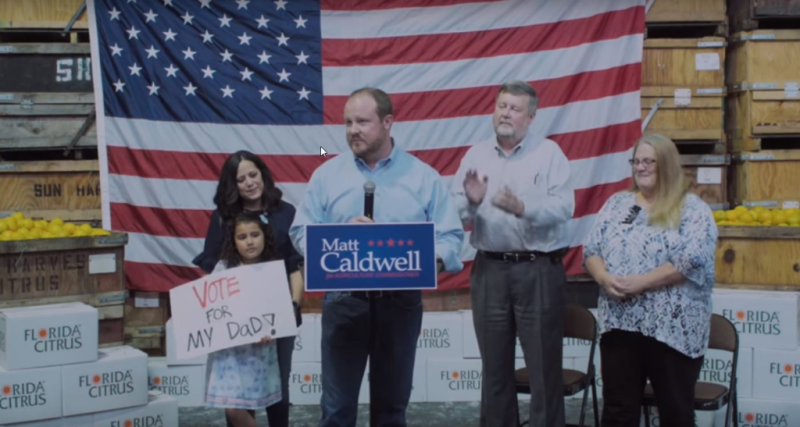 In an election year when gun rights promises to be a high-profile issue in voters' minds, the National Rifle Association has officially started doling out its endorsements to statewide candidates.

And so it begins.

The first recipient on Tuesday was state Rep. Matt Caldwell, R-North Fort Myers, who is running for Commissioner of Agriculture and Consumer Services. While the NRA has not yet released its ratings for this year, Caldwell has in the past received an "A+."

"He is the only candidate in this race with a perfect record of unyielding support of the Second Amendment to our Constitution," read a statement from the NRA's longtime Florida lobbyist, Marion Hammer, as part of the endorsement press release. "That’s why we trust you to administer Florida’s Concealed Weapons and Firearms Licensing Program. We urge all Second Amendment supporters to vote for Matt Caldwell."

READ MORE: Why does Florida’s agriculture department handle concealed gun permits? The NRA wants it to.

Caldwell's Republican opponents were previously dinged by the NRA for different votes they took while in the state Legislature.

Former Rep. Baxter Troutman voted against the so-called "Guns at Work bill," which requires employers to allow their employees to stow guns in their locked cars if they are licensed to carry concealed weapons. It passed and became law.

Sen. Denise Grimsley voted in 2014 to weaken a bill that allowed people to carry concealed weapons for 72 hours without a permit when they were under mandatory evacuation orders, such as during a hurricane. Law enforcement opposed the bill and it died.

The NRA's ratings following the most recent Legislative session have not yet been released. Both Grimsley and Caldwell voted against the Marjory Stoneman Douglas High School Public Safety Act, which the NRA opposed because of its raising the gun purchasing age from 18 to 21 and its ban of bump stocks.