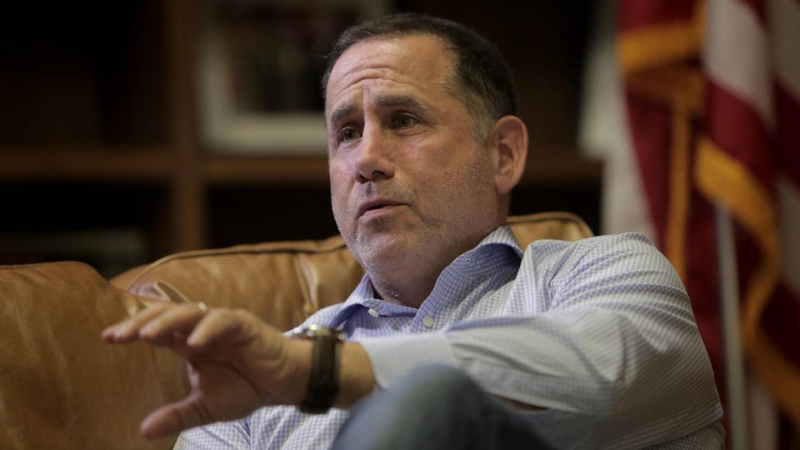 Shortly after voters made him mayor of Miami Beach, Philip Levine gave his campaign strategist a garish poster with the strategist's comically smiling face mounted atop the rippled body of warrior Spartan King Leonidas.

Standing before a bloody battlefield, political consultant David Custin carried in his hands two severed heads. One belonged to a vanquished mayoral opponent, and the other to Levine’s predecessor, a 74-year-old woman.

It was supposed to be funny — a gag gift. But all jokes have a little truth to them, and Levine didn’t spend $2 million of his own money on his inaugural political campaign just to go-along-to-get-along at City Hall.

Instead, Levine stormed his way into City Hall five years ago pushing a big-picture agenda that several campaign insiders say was always intended to promote plans for higher office. He paradoxically slayed the political establishment with an assist from Bill Clinton, and steered Miami Beach's cumbersome government in directions that won international acclaim but at times also favored his political aspirations and financial assets.

In slogging his way to Democratic front-runner in the race for governor, Levine has campaigned heavily on his tenure as mayor. And everyone seems to agree: What Miami Beach got during four years of Levine is what Florida will get if he ends up winning four years as governor.

“He was a force of nature,” said Frank Del Vecchio, a prominent gadfly. “He was the best mayor and the worst mayor, simultaneously.”