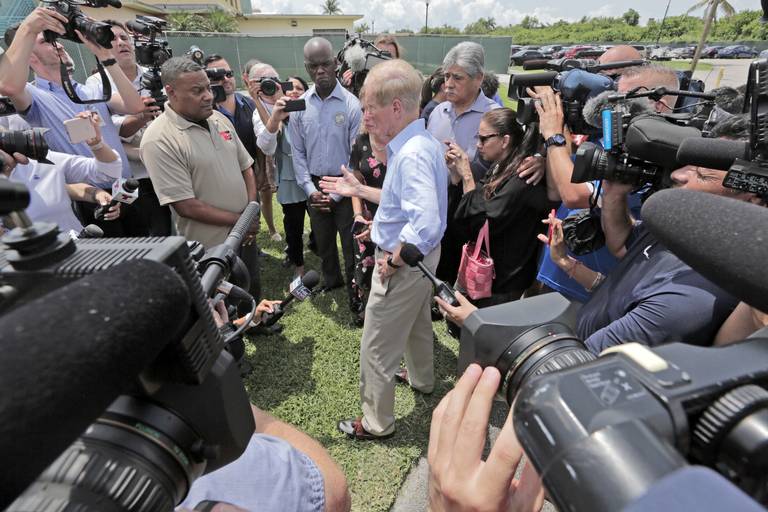 U.S. Sen. Bill Nelson and Congresswoman Debbie Wasserman Schultz were denied access Tuesday to a Homestead facility where as many as 1,000 unaccompanied immigrant children are being held.

Nelson and Wasserman Schultz, both Democrats, tried to enter the Homestead Temporary Shelter for Unaccompanied Children a day after Wasserman Schultz announced that she'd learned Health and Human Services had transferred hundreds of children to the South Miami-Dade site. The center, which HHS says is only temporary, held unaccompanied minors during the Obama administration.

"The company running this facility told us we would be welcomed to tour the facility," Nelson said on Twitter. "HHS then denied us entry and said that they need 'two weeks notice' to allow us inside. That’s ridiculous and it’s clear this administration is hiding something."

It remains unclear just what role the Homestead facility is playing in the new and controversial immigration crackdown under President Donald Trump. The center may be housing children who entered the country without parents, or housing them after authorities took them from their parents after the family entered the United States illegally, or a mix of both. An HHS spokesman has declined to clarify.

The facility closed last year amid a sharp decline in illegal border crossings under Trump, easing the flow of unaccompanied minors needing housing. Washington reopened the facility earlier this year without public notice, and the new population of minors did not receive media attention until Wasserman Schultz disclosed it during an event Monday.