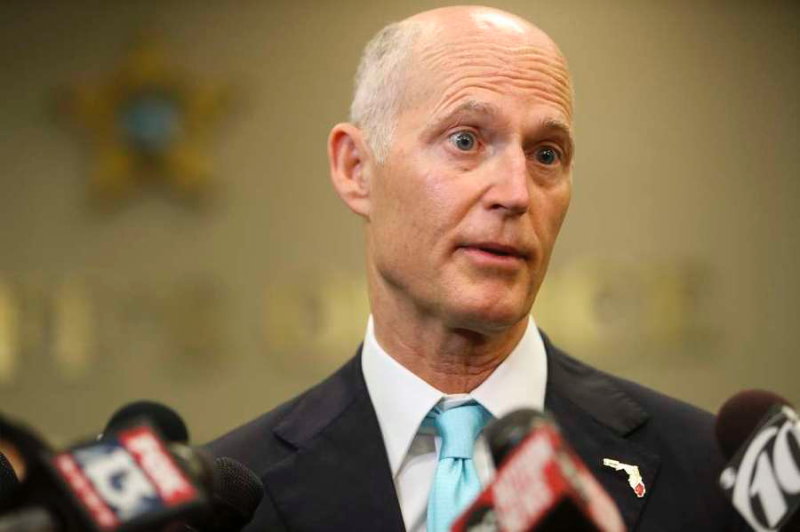 Gov. Rick Scott and his colleagues on the Cabinet won't pick Florida's next financial regulator until August, they decided this morning after interviewing five finalists for the job.

Scott said he "would like to take a little bit more time reviewing their backgrounds" and moved moved to appoint Pam Epting, the deputy commissioner for the Office of Financial Regulation, to lead the office in an interim role until the August Cabinet meeting.

He also reopened the job to new applicants, who have until July 15 to apply.

The job became open after CFO Jimmy Patronis pressured the current commissioner, Drew Breakspear, to resign this month. His last day is June 30.

After a brief 12-day window for applicants to apply, the Cabinet narrowed their choices to five people, including state Rep. Jay Fant, R-Jacksonville, and longtime former OFR employee Linda Charity, who was twice interim director of the office.

Scott, Patronis, Attorney General Pam Bondi and Agriculture Commissioner Adam Putnam interviewed them by phone this morning, although Scott did not ask them any questions.

Bondi seemed enthusiastic about one of the finalists, Florida securities lawyer Kevin Rosen, who has a background investigating fraud, but noted that she hadn't even had a chance to meet with him in person yet.

Both she and Scott noted that they believed they had quality applicants already, but had no problem opening the job up to more people.