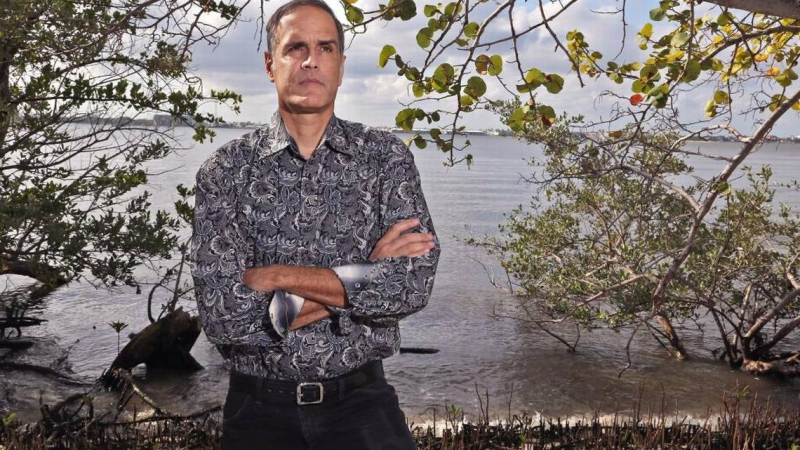 A South Florida man just won a First Amendment victory at the Supreme Court in a case that could protect disgruntled citizens from arrest for voicing their displeasure at elected officials during public meetings.

The nation's highest court ruled in favor of political gadfly Fane Lozman on Monday in a 8-1 decision, the culmination of more than a decade of work for Lozman after he was dragged out of a Riviera Beach city council meeting and arrested after speaking about the allegedly corrupt dealings of a Palm Beach County commissioner.

Lozman is now 2-0 at the Supreme Court, an accomplishment that his lawyer said is unprecedented for an individual plaintiff in a court that that rejects around 7,000 cases every year and hears only 80. He also won a maritime law case related to his floating home in 2013.

"As far as I know he's the only person who's done it in recent times," said Pamela Karlan, an attorney from Stanford Law School who argued Lozman's case in front of the court. "There were people who got the same case twice to the Supreme Court, but not two different cases."

The court's decision on Monday affects citizens who show up to public meetings to vent and question the actions of elected officials. If one official orders the arrest of someone speaking at a public meeting and the rest of the elected body doesn't object, the person arrested can now have a cause of action against the municipality if he or she can prove animosity.

That means it's harder for angry elected officials to use their power to arrest people they simply don't like.

"It's just been an amazing effort to try to crack the overbreadth of government power towards citizens who want to exercise their First Amendment rights," Lozman said in an interview on Monday. "This arrest happened in 2006 and the case was filed in February 2008, so we've been fighting this case for over 10 years. It's been a Herculean effort."

This isn't Lozman's first time in front of the Supreme Court. The semi-retired South Florida stock trader-turned First Amendment crusader also won a Supreme Court case in 2012, when justices ruled 7-2 that Lozman's floating home was not a "vessel" and therefore not subject to the federal maritime jurisdiction that eventually led local officials to seize and destroy it.

Lozman was already victorious in his fight against Riviera Beach that led to his arrest in the first place. He saved other people's homes from being taken via eminent domain for a new private marina in Riviera Beach, and he was able to keep the public marina out of private hands.

"I won the case today but I won what I really wanted years ago, which was the marina," Lozman said. "They didn't take the marina and the scum that tried to do that are out of power. We finally got the last one of those kicked out last month."

But while his fellow citizens were able to keep their boats and homes on the marina, Lozman became consumed with his First Amendment fight for people like him who are thrown out of public meetings for needling elected officials.

"I've heard horror stories from all over the country, people call me and they say they were physically thrown out of meetings. If you go on YouTube there’s lots of people being dragged out by elected officials and I wanted to stop that," Lozman said, adding that he worked between 8,000 and 9,000 hours on his two Supreme Court cases.