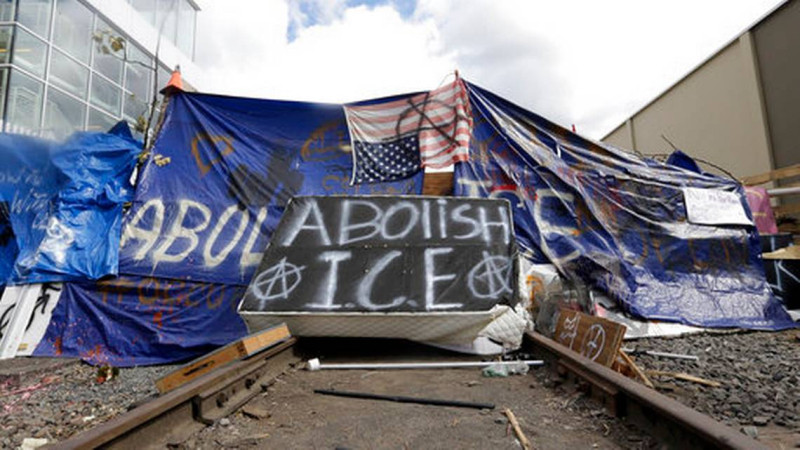 Abolishing U.S. Immigration and Customs Enforcement by starving it of cash is now in vogue among Democrats running for Congress in Miami.

Three of the five Democrats in a contested primary to replace retiring Rep. Ileana Ros-Lehtinen are in favor of abolishing the nation's immigration enforcement agency, a rallying cry of the far left that has gained rapid mainstream attention in recent weeks because of the Trump administration's policy of separating children from their parents when they cross the border illegally.

"The brutality of taking people out of their homes for 20 years has now sort of been fully seen," said Sean McElwee, an anti-deportation advocate who leads an ongoing abolish ICE effort on social media. "For a while, the only people I could get to agree with me were third-tier candidates, who I love and agree with but who don't have much of a chance...but now this has legs."

Over the weekend, four Democrats in Congress became the first elected officials in Washington to call for abolishing ICE. Wisconsin Rep. Mark Pocan said Monday he plans to introduce legislation that would defund the agency, which has powers to conduct immigration checks within 100 miles of the border or coastline, a zone that includes the entire state of Florida.

Most Democrats don't want to abolish ICE, instead arguing that the agency's leadership and direction under the Trump administration is the problem, not the existence of the organization itself. McElwee estimates that about two dozen Democrats running for federal office out of around 1,000 declared candidates nationally have publicly endorsed abolishing ICE.

"ICE should be targeting and arresting people that pose an imminent threat to others, not just rounding up innocent-even if undocumented-people," said Mary Barzee Flores, a Democrat running against Diaz-Balart. "It is neither reasonable nor practical to simply say 'let's abolish ICE,' but its enforcement priorities should be significantly adjusted."

"Abolishing ICE is not the answer," said Democrat Debbie Mucarsel-Powell, who is running against Curbelo. "I believe the agency must correct its abuses and should dedicate its staff to protecting the country from actual threats, like child exploitation, human trafficking and drug-related crimes, instead of attempting to induce fear in immigrant communities."

But for Haggman and Richardson, two well-funded candidates seeking to beat former University of Miami President Donna Shalala in the Democratic primary for Ros-Lehtinen's seat, talk about abolishing ICE provides a way to differentiate themselves from an opponent with better name recognition and a way to sway far left-leaning voters in the primary.