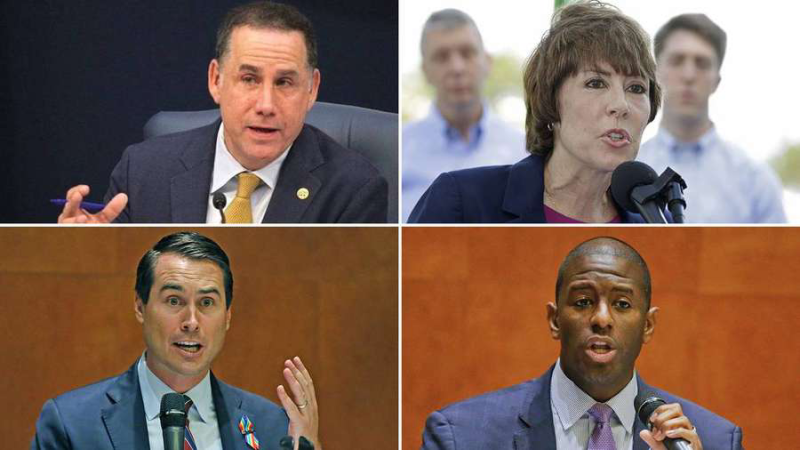 St. Petersburg Mayor Rick Kriseman blasted attack ads on Gwen Graham funded by a secret money group that supports one of her opponents.

"It is disappointing to see an out-of-state secret money Super PAC come in to our city and attack a fellow progressive Democrat," Kriseman wrote. "St. Petersburg Democrats will reject smear campaigns. They want something to vote for - not against."

The Collective, a group that works to elect black candidates around the country and supports Tallahassee Mayor Andrew Gillum, is airing a new round of ads accusing Graham of not being liberal enough. They're airing this week on network and cable channels in Tampa Bay.

Collective SuperPAC, an arm of The Collective, has chosen not to divulge its donors.

St. Petersburg was the first city in the nation to limit how much money someone can give to PACs involved in local elections.

Kriseman has not endorsed anyone in the governor's race. Both Graham and Gillum stumped for him last year.
Geoff Burgan, a Gillum spokesman, has said the campaign welcomes the Collective’s help.
“They’re working to level the financial playing field between us and our multi-millionaire and billionaire opponents - one of whom has a net worth 11,000 times that of Andrew’s, and another whose income comes from her family’s stock holdings,” Burgan told the Times/Herald Thursday morning.