The NRA is asking politicians, Will you repeal parts of this year's school safety bill? 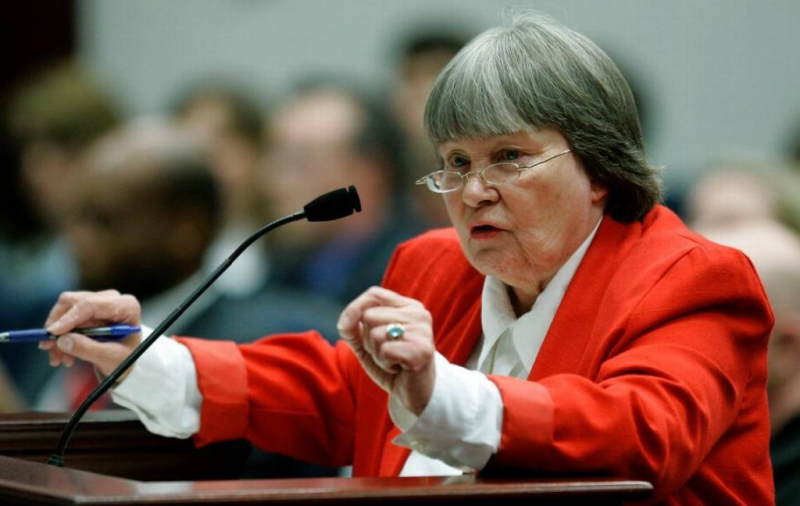 The National Rifle Association is famous for assigning letter grades to politicians based on how they respond to the organization's questionnaire.

And this year, the NRA's chief lobbyist in Florida, Marion Hammer, is clearly still fuming over the most recent legislative session, in which lawmakers passed several gun-related reforms in the wake of the Parkland shooting.

This year's survey asks politicians whether they will repeal parts of the Marjory Stoneman Douglas High School Public Safety Act (the NRA calls it the "Gun Control/School Safety" bill). It's not a popular idea and so far has limited public support.

The survey was sent to Anna Eskamani, a Democrat who's running for a state House seat in Orlando.

She noted it was sent a week before the two-year anniversary of the Pulse nightclub shooting, which was the deadliest mass shooting in modern American history at the time.

"Hard pass, and heading to the recycle bin," she wrote on Twitter today, along with a picture of the envelope.

The four-page questionnaire by the NRA and the Unified Sportsmen of Florida is full of defenses of the Second Amendment, and it calls out "anti-gun school administrators" who don't support concealed carry permit holders on campuses.

2 (c). Do you believe elected officials commit an act of malfeasance if they violate their Oath of Office and support legislation that contains provisions that they believe are unconstitutional?

3 (a) The new law prohibits adults between 18-21 years of age from purchasing a firearm. Adults 18 and older can vote, sign contracts, become law enforcement officers and join the military. Will you support legislation to repeal this provision of the law?

3 (c) Additionally, the law imposes a ban on the sale, transfer and possession of bump stocks, which are used to increase the rate of fire of semi-automatic rifles AND any accessory, device or kit that can be used to increase the rate of fire of a firearm. This language, which is undefined, is so broad that it could include anything that improves the function of a firearm, including scopes, competition triggers and forgegrips, to name a few such items. The law makes anyone who sells, transfers or possesses these items, which were acquired legally, a felon. Will you support repeal of the bump stock, accessory, device and kit provision of the law?

5. Licenses to carry Concealed Weapons & Firearms are issued only to persons who are 21 years of age or older. The constitutional right of self-defense does not end when a person enters the campus of a college or university. Do you believe that anti-gun school administrators should be stopped from discriminating against persons licensed by the state to lawfully carry firearms for self-defense? 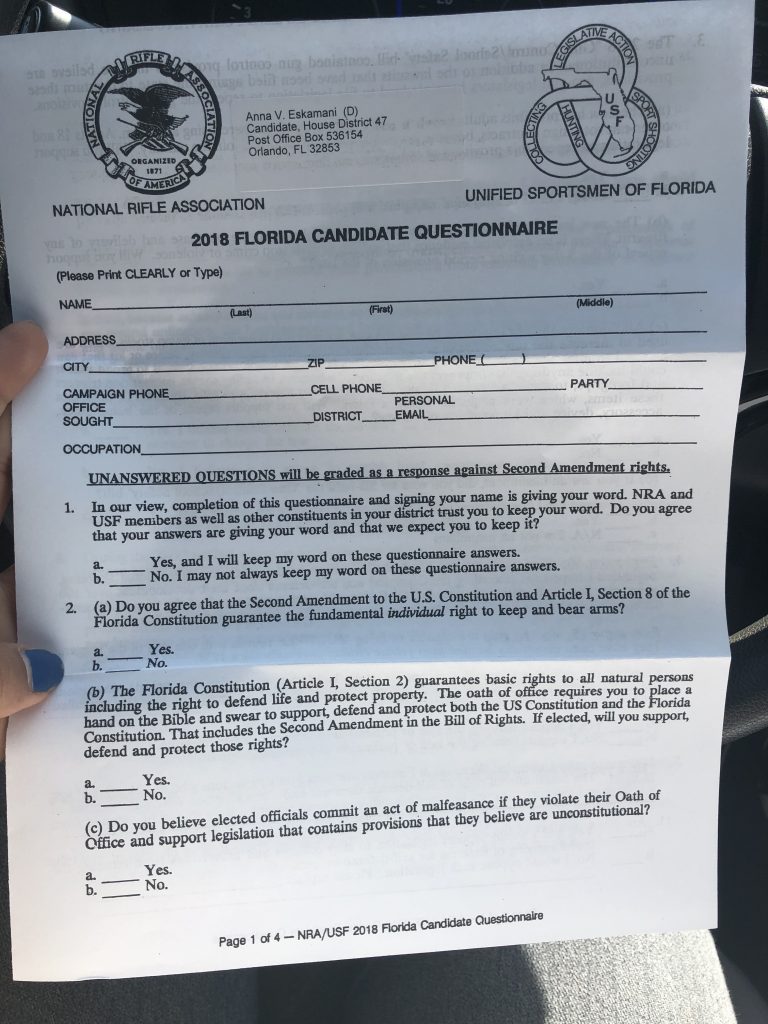 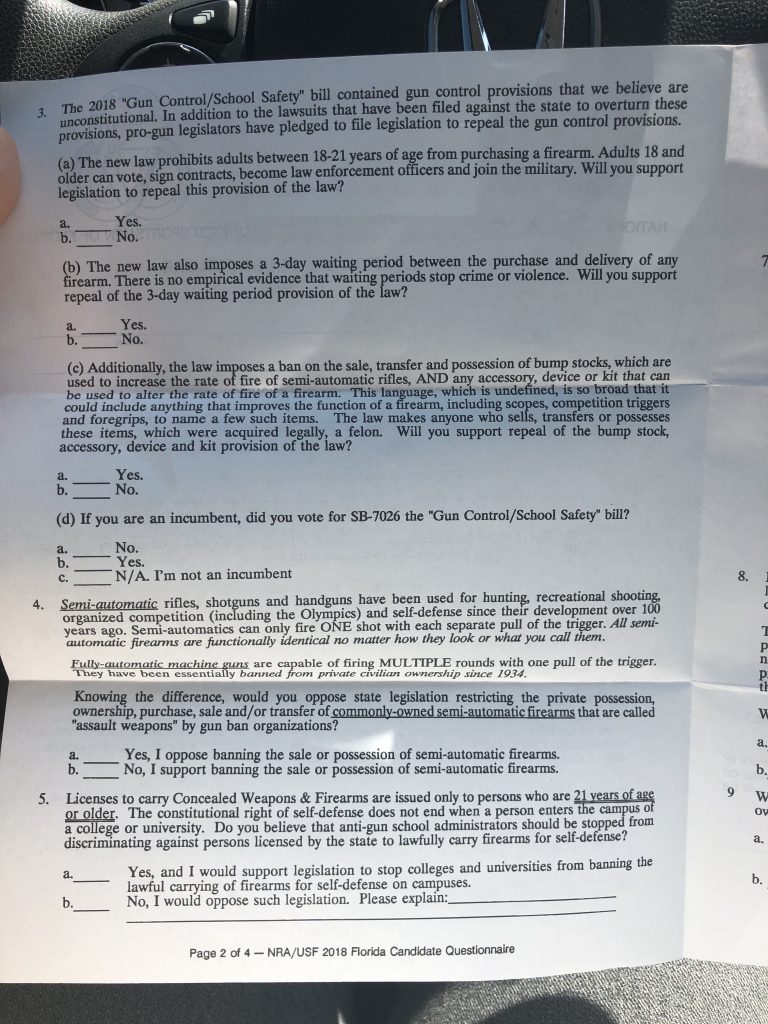 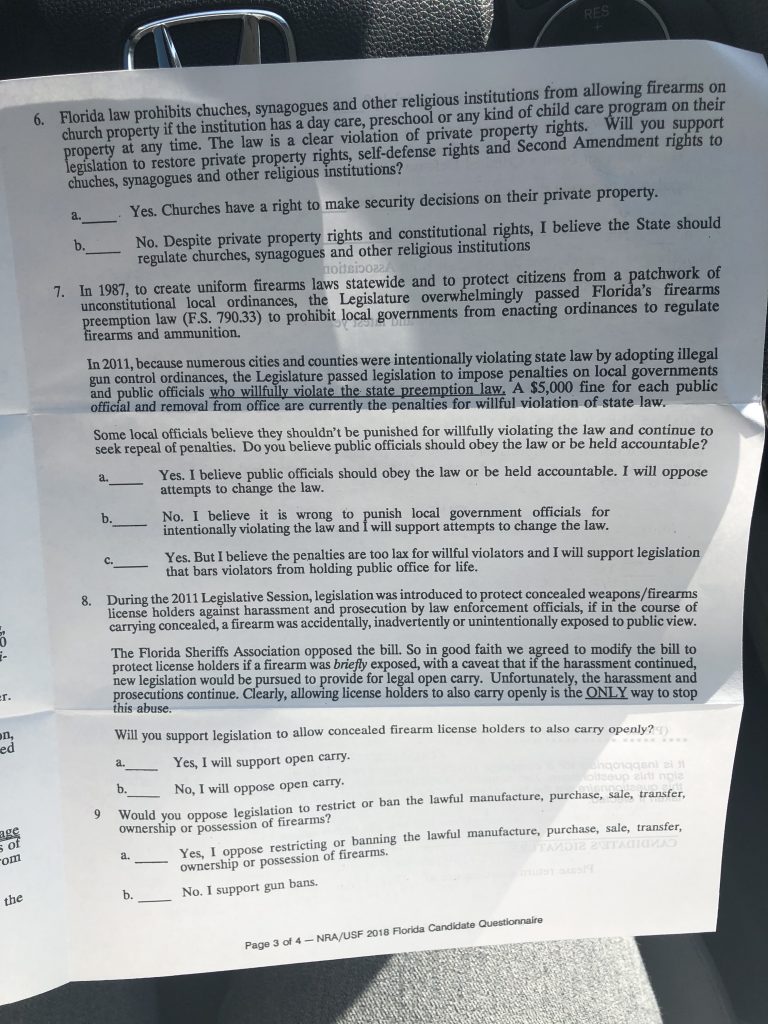 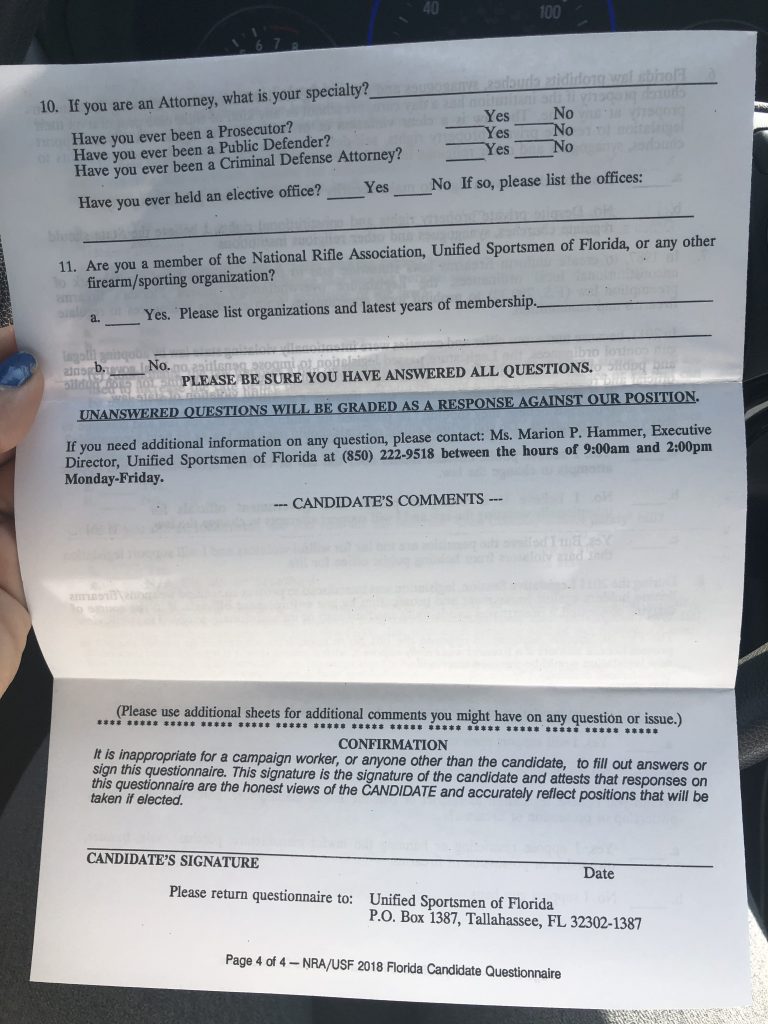