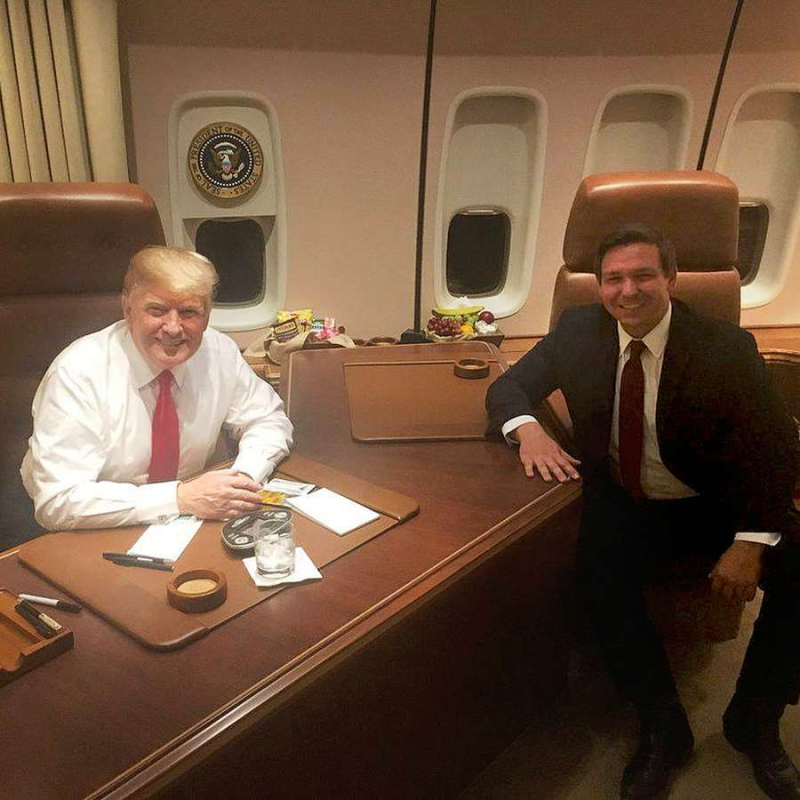 In case there was any remaining doubt of where the president stood in the race for Florida's next governor, he cleared things up Friday morning with a tweet:

Congressman Ron DeSantis, a top student at Yale and Harvard Law School, is running for Governor of the Great State of Florida. Ron is strong on Borders, tough on Crime & big on Cutting Taxes - Loves our Military & our Vets. He will be a Great Governor & has my full Endorsement!

Calling the Florida Congressman "strong on borders, tough on crime & big on cutting taxes," Trump cleared away any doubt that U.S. Rep. Ron DeSantis has his "full endorsement."

DeSantis was one of the three Republicans that Trump endorsed in succession on Friday, as Martha Roby of Alabama and Henry McMaster of South Carolina also received praise from Trump's tweeting fingers.

But long before Friday, DeSantis's campaign was touting the president's "endorsement" on its campaign mailers and website. That's because Trump tweeted in December in support of DeSantis, saying his would "make a GREAT Governor of Florida:"

Congressman Ron DeSantis is a brilliant young leader, Yale and then Harvard Law, who would make a GREAT Governor of Florida. He loves our Country and is a true FIGHTER!

Some had questioned whether that tweet qualified as an "endorsement." Now, there is no question, and that is likely to encourage more big-time Republican donors to join Team DeSantis.

But DeSantis still has his work cut out for him. A recent telephone poll of about 900 likely Republican voters by Fox News showed  him trailing his primary opponent, Commissioner of Agriculture Adam Putnam, by a 32-17 percent margin, with 39 percent still undecided. DeSantis is a regular guest on Fox News.

Putnam's campaign responded to the tweet by citing that Fox News poll: "As the Fox News poll indicates, grassroots momentum behind his Florida First vision continues to grow," said Meredith Beatrice, Putnam campaign spokeswoman, in a statement. "Adam looks forward to working with President Trump as Florida's next governor to keep our economy thriving, taxes low and our borders secure."

The New York Times had reported in May that Vice President Mike Pence, a former House colleague of Putnam, had urged Trump not to meddle in the Florida governor's race.

But DeSantis brushed off those reports, saying it there's "a good chance" Trump will campaign for him. The DeSantis campaign has said that Donald Trump, Jr. will attend a Florida rally for DeSantis and his Freedom Caucus colleague, Rep. Matt Gaetz, in late June or early August, but no dates have yet been set.

At the very least, this latest tweet seems to indicate that Trump won't be content on the sidelines.