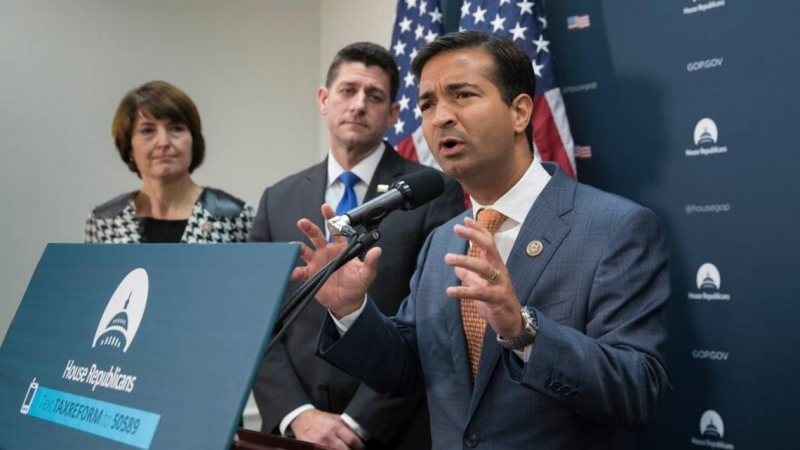 The U.S. Chamber of Commerce is going to bat for Rep. Carlos Curbelo in the midst of an immigration fight.

The Miami Republican has spent weeks negotiating with GOP leadership, the conservative wing of his own party and Democrats in an attempt to pass an immigration bill in the House of Representatives.

Those efforts could fall short today if an all-GOP immigration compromise bill fails on the floor of the House, but the U.S. Chamber of Commerce is cutting an ad on behalf of Curbelo thanking him for his work on the issue.

"Do you want to protect Dreamers? Carlos Curbelo does," the ad says. "Carlos believes Dreamers belong here, they are one of us and deserve permanent legal status. Help stop the unfair treatment of Dreamers, protect DACA, stand with Carlos."

The ad is part of an initial digital buy that will later transition into a larger TV ad buy, according to U.S. Chamber communications director Stacy Day.

Curbelo likely faces a serious challenge from Democrat Debbie Mucarsel-Powell in November, who has hammered the Miami Republican in recent days for negotiating with the conservative wing of his own party on an immigration bill after a petition led by Curbelo that would have forced immigration votes with the help of Democrats failed.

The compromise immigration bill includes a path to citizenship for 1.8 million young immigrants known as Dreamers though it will permanently reduce the number of immigration visas available every year.