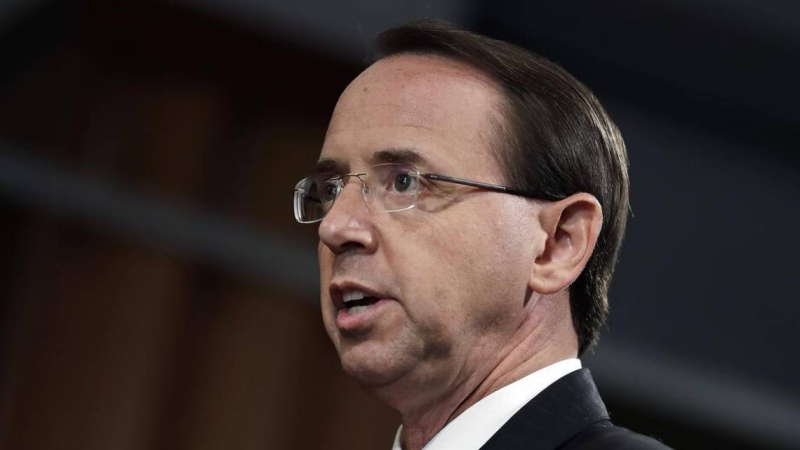 The Department of Justice’s indictment on Friday that accused 12 Russian military officials of directly meddling in the 2016 election has myriad connections to South Florida, where stolen emails eventually brought down Democratic National Committee chairwoman Debbie Wasserman Schultz, stolen internal documents aired unflattering details about a Democratic primary race and a Florida-based provocateur with connections to President Donald Trump was in contact with the hackers.

Special Counsel Robert Mueller charged 12 Russian military officials with engaging in cyber operations that involved releases of stolen documents from the Hillary Clinton presidential campaign, the DNC and the Democratic Congressional Campaign Committee. The indictment, announced by Deputy Attorney General Rod Rosenstein, claims the Russian agents were trying to interfere with the 2016 presidential election, and tried to hide their connections to the Russian government by creating false identities and using cryptocurrency to pay for the operation.

“The Democratic National Committee was the first major target of the Russian attack on our democracy, and I strongly believe that every individual who helped carry it out — foreign or domestic — should be held accountable to the fullest extent of the law,” Wasserman Schultz, a Weston Democrat, said in a statement. “I’m pleased that the Justice Department is following the facts wherever they may lead, despite Donald Trump’s dangerous distortions and his refusal to acknowledge the conclusions reached by the American Intelligence Community.”

Russian government officials using the pseudonym Guccifer 2.0 also released hundreds of internal documents from the DCCC, the organization that seeks to elect Democrats to Congress. The documents included information on former Miami Rep. Joe Garcia and current state Sen. Annette Taddeo, who were running in a primary to unseat Republican Rep. Carlos Curbelo.

The information in the documents was unflattering for Garcia and Taddeo, as Democrats talked candidly about each candidate’s shortcomings, though the information itself was not new. But the indictment said Guccifer “received a request for stolen documents from a candidate for U.S. Congress” on Aug. 15, 2016, the same day that the stolen DCCC documents related to five Florida congressional campaigns and research files on seven Democratic candidates in Florida were released to the public by the hackers. Guccifer hackers later released more documents on congressional races in other states.

In the indictment, the Justice Department did not name the congressional candidate who sought stolen documents.

“The hacks impacted Democrats’ chances, because the information was solely focused on anti-Democrat messaging and no Republican candidates were touched,” said Juan Penalosa, the executive director for the Florida Democratic Party who helped run Garcia’s campaign in 2016. “Democratic candidates had to spend a month responding to the information included in the documents, even when it wasn’t new — while Republicans were able to focus on issues. And today’s information that candidates, most likely Republicans, reached out to Russians for information that would influence American elections is particularly disturbing.”