« Youth voter registration went up 41 percent in Florida after Parkland | Main | Curbelo says 1,313 kids in Homestead shelter are treated with ‘care and compassion’ »

At Democratic debate for Ros-Lehtinen seat, it was ‘Yes’, ‘No’ and ‘It’s Complicated’ 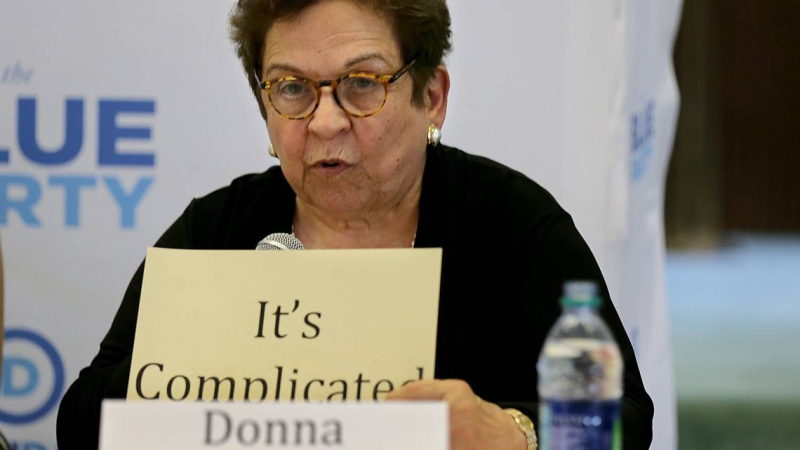 At some debates, it’s hard to tell one candidate from another. This was one of them.

“We all have similar platforms, but we approach problems differently,” said Kristen Rosen Gonzalez, one of the five Democratic candidates who debated each other Thursday night in the race for Florida’s 27th Congressional District, a seat now held by Rep. Ileana Ros-Lehtinen, the Republican who is retiring.

While some expected frequent attacks to be levied against frontrunner Donna Shalala, the former University of Miami president, attacks among the candidates were infrequent throughout the night.

The most substantial challenges throughout the evening came from state Rep. David Richardson, who represents Miami Beach and Little Havana. His critiques were leveled at Shalala.

Hours later, Richardson challenged Shalala to submit her financial disclosure statements — forms the public can use to evaluate potential conflicts of interest. Richardson noted that she has delayed sending the two documents two times. He emphasized that she may take an extra extension of 30 days to turn in the forms, the latest time that she would be allowed to turn them in.

Shalala fought back, saying Richardson had also taken two extensions in sending in the documents, which he acknowledged to be true.

Of the five candidates, only three had significant visible representation at the debate: Shalala, Richardson and Matt Haggman, a former reporter for the Miami Herald and most recently, the Knight Foundation program director for Miami. Of the five candidates, only those three left campaign materials on the church pews. Rosen Gonzalez. a Miami Beach commissioner, and Michael A. Hepburn, a former University of Miami academic adviser, had fewer visible pockets of support.