« At Democratic debate for Ros-Lehtinen seat, it was ‘Yes’, ‘No’ and ‘It’s Complicated’ | Main | Republicans peddle false attack against a Miami doctor who doesn't like Rick Scott »

Curbelo says 1,313 kids in Homestead shelter are treated with ‘care and compassion’ 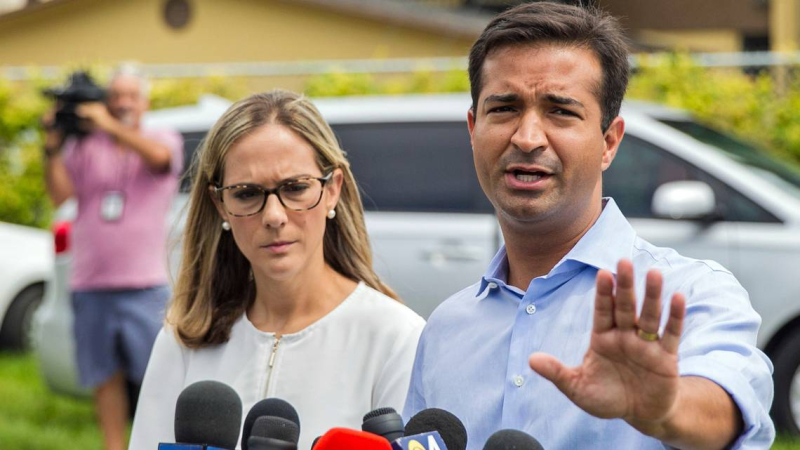 Miami Republican Rep. Carlos Curbelo said one of the country’s largest compounds for immigrant children felt a lot like a high school after touring it for the first time on Friday.

Curbelo was able to visit the Homestead Temporary Shelter for Unaccompanied Children after initially being denied entry to the facility, which is in his district, by the Department of Health and Human Services.

There are currently 1,313 children from ages 13-17 at the facility, Curbelo said, and 114 of them are children who were separated from their parents at the border because of the Trump administration’s policy of separating families who cross the border illegally together. The rest of the children are unaccompanied minors who crossed the border without their parents.

Curbelo said the facility director told him that 37 children who were once at the facility have been reunited with their parents after being separated at the border, a policy that Curbelo and most lawmakers in Washington want to end.

Inside the facility, Curbelo said he saw classrooms where students were learning English, dormitory-style sleeping quarters and a cafeteria that reminded him of a high school. There are 1,700 employees dedicated to staffing the facility, and the gender split of the children appeared to be 60 percent male and 40 percent female, Curbelo said. Males and females appear to be completely separated from each other, they use the cafeteria at different times and have separate sleeping quarters and classrooms, he said.

Curbelo said he was told not to “interrogate” the children, but he did have “light conversations” with children who indicated they were being treated well.

“We had full access,” Curbelo said. “They asked us not to interrogate the minors but they did encourage light conversation. I greeted a lot of the minors, I asked them how they felt and how they were being treated, and they were positive conversations.”