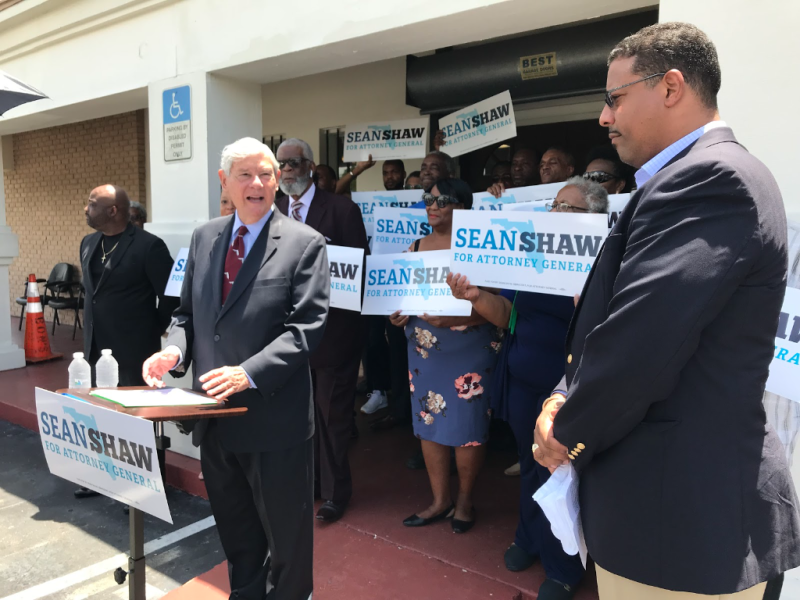 State Rep. Sean Shaw continues to rack up money and endorsements in the Democratic race for attorney general, and his latest support is coming from former governor and senator Bob Graham.

“When it comes to political giants in Florida, there is no one who towers larger than Gov. Bob Graham,” Shaw said in a statement.

The elder Graham noted the work of Shaw's father, whom Graham appointed to the Florida Supreme Court in 1983. Leander Shaw also became the first black chief justice of the court.

"Leander Shaw was a pillar of the legal profession in Florida whose service on our state’s Supreme Court was a model in what it means to use the law as our great equalizer," Graham said in a statement released by Shaw's campaign. "Sean Shaw is the embodiment of the values his father put into action each day."

For Graham's it's his second major endorsement in this year's primary - Graham's daughter, Gwen, is one of the five Democrats running for governor.

Shaw has vowed to be an "activist" attorney general, pledging to sue the Legislature to properly fund public education and legalize medical marijuana.