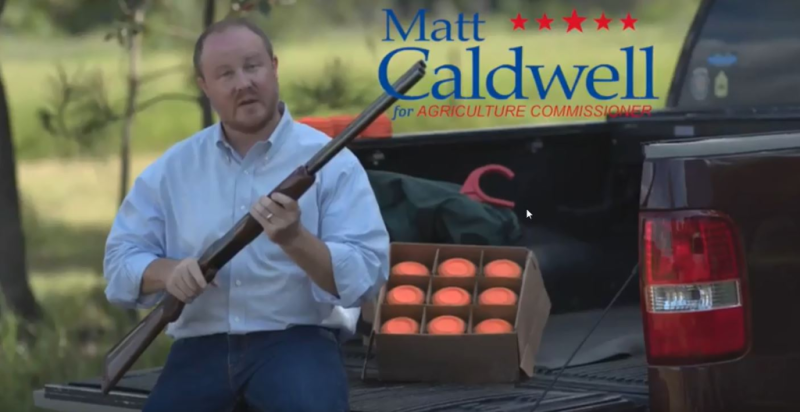 Update: As of Tuesday at about 8:30 p.m., the ad was approved by Facebook. A spokesperson for the website sent an emailed statement: “We review millions of ads each week and sometimes we make mistakes. We have overturned the incorrect decision and the ads are now running live on Facebook.”

The saga of Facebook's new regulation of political ads continues, as Tuesday a prominent candidate for Commissioner of Agriculture claimed his ad was wrongly rejected by the social media giant.

The short video ad depicts Republican state Rep. Matt Caldwell shooting a shotgun in a field and touting his endorsement from the National Rifle Association. He was the first statewide Florida candidate to be endorsed by the group this election cycle.

In Tuesday's press release, the Caldwell campaign attached a screen shot of Facebook's apparent denial, which read: "Not Approved: Your ad can't promote the sale of weapons or ammunition."

In the release, Caldwell criticized what he called "Facebook's censorship regime."

"Facebook’s liberal agenda is keeping our campaign for Commissioner of Agriculture from sharing our message," he said. "Facebook has mislabeled our ad in an effort to censor our pro-Second Amendment support and endorsement from the NRA."

Ads that are incorrectly rejected can be appealed.

A spokeswoman for the campaign, Danielle Alvarez, said they have appealed the decision are are in the "waiting queue," though she emphasized that every day they spend waiting is a day they are not advertising — five weeks before a crowded primary.

These new rules are all part of Facebook's attempt to better regulate and label political ads on its site in the wake of the 2016 election, when fake news and foreign bots using phony accounts ran rampant.

But Facebook has faced criticism at nearly every step, as the difficulties in distinguishing decidedly "political" ads has caused other, non-political ads to get stuck in the gears.

Meanwhile, also on Tuesday, Facebook took heat for allowing conspiracy theorist Alex Jones from InfoWars to broadcast on their site for nearly three hours on Monday, during which he described shooting special counsel Robert Mueller and cast wild allegations that Mueller is a "pedophile."