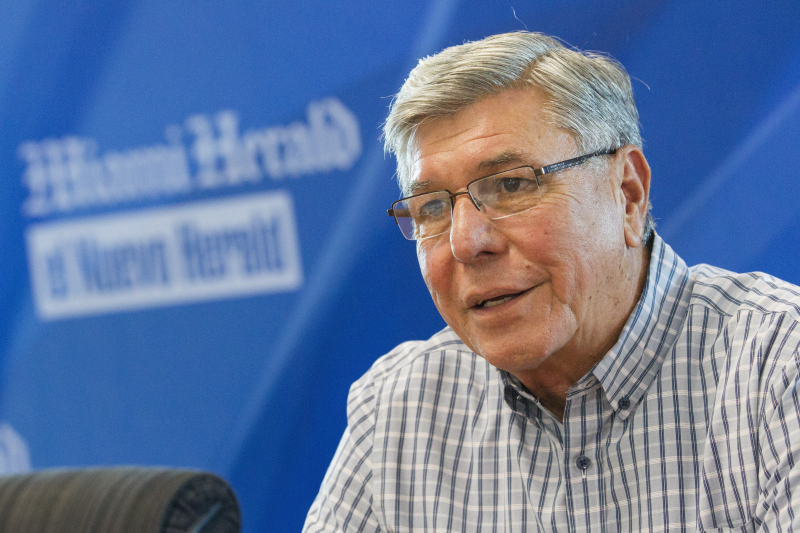 Miami Commissioner Manolo Reyes has offered his own proposal for reorganizing the city government, a counter-proposal to Mayor Francis Suarez's strong-mayor initiative.

Reyes presented his pitch for making the mayor the most powerful elected official in the city, a strong mayor who would essentially be the chief executive officer in charge of City Hall's bureaucracy.

Suarez wants to be Miami's top administrator, the individual who controls the city's billion-dollar budget, makes recommendations for awarding city contracts and oversees public employees. So he's pushing to place a question on the November ballot so voters can decide if they want to make him a strong mayor. His campaign is gathering signatures in order to get the question on the ballot.

At Thursday's commission meeting, Reyes handed the other commissioners his proposal, describing it as a "template" commissioners could use to develop an alternative plan negotiated by commissioners and placed on a the ballot through a commission vote. The Reyes proposal has a few notable differences to Suarez's initiative. Under the Reyes plan, Suarez would not get an immediate raise. The mayor's $97,000 salary would remain and any raises would be determined by the commission. 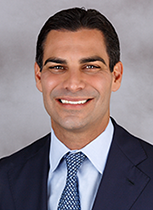 Under Suarez's plan, he would get an immediate bump to $112,500 because he would be paid no less than 75 percent of Miami-Dade Mayor Carlos Gimenez's salary.

Reyes also wants to have the commission elect its own chair. Suarez is proposing he be the nonvoting chair of the commission. And while Suarez wants to have broader power to appoint high-level city officials — the city attorney, city clerk and the independent auditor general — Reyes wants the commission to make those appointments.

On Thursday, Suarez said he was open to more talks with Reyes and other commissioners to negotiate a consensus version of the strong mayor plan. He noted that the new proposal resembles his previous attempts to create a strong mayor in 2011 and 2016. In both cases, he failed to convince fellow commissioners to put a referendum on the ballot.

Whether it comes from the City Commission through a vote or from Suarez's camp through a petition, a referendum to reshape Miami's government would have to be placed on the ballot by August 7, the deadline set by Miami-Dade's elections department.