« Miami commissioner makes counter-proposal for strong mayor government | Main | Where does she live? A Miami lawmaker's bizarre attempt to reside in her district » 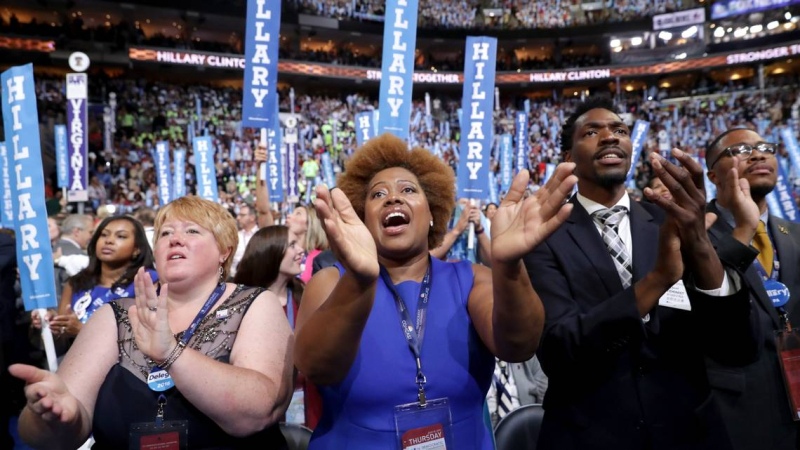 Miami-Dade has drawn an unlikely opponent to the county landing the 2020 Democratic National Convention. On Monday, the chairman of the county Democratic party urged national Democrats to look elsewhere unless Miami-Dade reverses a 2017 decision to comply with President Donald Trump's crackdown on immigration detentions.

Addressing national Democratic chairman Tom Perez on Twitter, Miami-Dade chair Juan Cuba wrote: "It's with great regret that I urge you to remove Miami from contention until they reverse their anti-immigrant policies of cooperating with ICE to deport our friends & neighbors."

Miami-Dade is one of three finalists bidding for the Democratic National Convention to be held July 13-16, 2020. If Miami-Dade wins, it would be the first time in nearly 50 years that the county will host a major political convention. Leaders from the county and the cities of Miami and Miami Beach made their pitch to the Democrats Friday in Washington D.C. Next, a committee of Democrats will visit the finalist cities and begin contract negotiations. The DNC plans to announce the 2020 host city in January.

The other two finalists for the 2020 Democratic convention — Houston and Milwaukee — also accept the federal detention requests at the heart of Miami-Dade's immigration controversy. But those jurisdictions had accepted the requests during the Obama administration, too, sparing them the national spotlight that came to Miami-Dade when it was the first major metro area to change policies after the 2016 presidential election.

Days after Trump took office, Miami-Dade Mayor Carlos Gimenez reversed a five-year policy of refusing detention requests from the federal Immigration and Customs Enforcement agency. The requests ask jails to extend detentions by 48 hours for people who are booked on unrelated local charges and are flagged on federal watch lists for alleged immigration offenders being sought for deportation.