« This Republican could hold onto his blue-district seat even if Dems sweep | Main | Is there space in governor's race for two wealthy, Jewish Democrats from South Florida? » 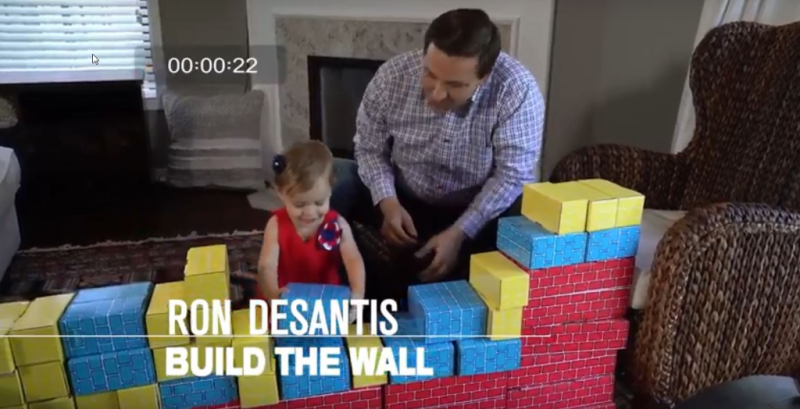 This ad is a 180 from his previous ones, which were flashy and serious. Instead, this ad features his family, including his wife, Casey DeSantis, who is a TV host, and their two very young children.

"Everyone knows my husband Ron DeSantis is endorsed by President Trump," says Casey DeSantis, in the opening of the ad. "But he's also an amazing dad. Ron loves playing with the kids."

It then cuts to the Florida Congressman teaching his toddler daughter to "build the wall" out of building blocks and how to say "Make America Great Again," as well as him reading Trump's book, "The Art of the Deal" to his 4-month-old son, who is later pictured wearing a tiny red jumper in the style of a MAGA hat.

The ad will hit the airwaves starting Tuesday. The campaign spokesman, David Vasquez, would only say that its airing cost "millions."