« In crowded Republican race for Ag Commissioner, candidates flaunt their backgrounds, immigration stances | Main | Who does the Florida House Speaker support for governor? Depends which one you ask. » 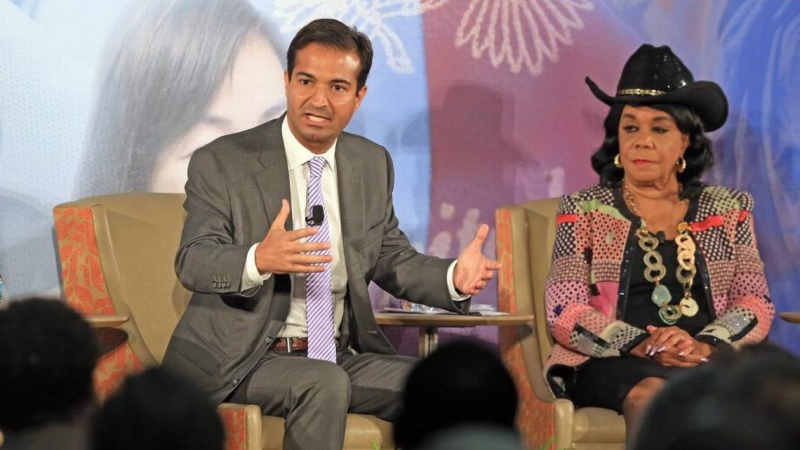 Congress is home for the July 4th recess after failing to pass a legislative solution for families separated at the border by the Trump administration, and outside groups are trying to make the ongoing delay an issue for Republicans running for reelection.

Equity Forward Action, a group that seeks to protect access to abortions and reproductive care, is running a television ad in Miami Republican Rep. Carlos Curbelo's district, urging him to find a solution for families separated at the border. The weeklong, six-figure ad-buy begins today and will run in English.

"The U.S. government separated thousands of children from their families," the ad said. "At every turn Congressman Curbelo has failed to deliver results. Now we need him to act. Families need to be reunified. Call Congressman Curbelo, tell him to help clean up this mess and hold the administration accountable."

Curbelo tried to pass an immigration bill in the House of Representatives this week that allowed families to be detained together at the border, but the measure failed after all Democrats and nearly half of House Republicans voted against the bill for different reasons. Curbelo tried to pass an all-Republican compromise bill that eventually earned the support of the president, but dozens of conservative Republicans voted against it.

“As Representative Curbelo heads home to his district, thousands of innocent children continue to be detained in prison-like facilities," said Mary Alice Carter, Executive Director of Equity Forward Action. "We have a simple message for Curbelo: it’s time to do your job, get to the bottom of what happened and hold the administration accountable for this inhumane and cruel policy."

A Homestead facility that houses hundreds of children who tried to cross the border illegally recently reopened in Curbelo's district, and gained widespread attention after it was discovered that some of the children being housed there were separated from their parents. Sen. Bill Nelson said last week that eight children currently staying at the Homestead facility after being separated from their parents have been unable to contact their parents, possibly because the parent has already been deported while the child is still in U.S. custody.

Curbelo also visited a facility in Cutler Bay last week, and his office said the children there were able to speak with their parents regularly.

Curbelo faces a challenge from Democrat Debbie Mucarsel-Powell in a district that voted for Hillary Clinton by more than 16 percentage points over Trump in 2016, and outside groups are likely to spend millions on the race between now and Election Day.