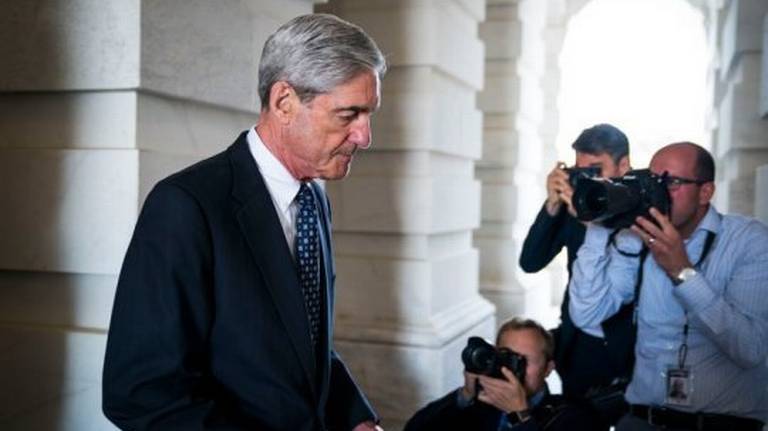 Conservatives are lining up behind Marco Rubio’s plan to automatically sanction Russia for any future election meddling a day after President Donald Trump’s meeting in Helsinki with Russian President Vladimir Putin drew widespread derision from the entire political spectrum.

Trump supporters like Fox News host Laura Ingraham, moderates like Miami Rep. Ileana Ros-Lehtinen and Senate leaders like Mitch McConnell have all expressed support for Rubio’s bill, signaling that Congress could pass substantive legislation that would swiftly punish Moscow if U.S. intelligence determines that the Kremlin tries to meddle in future U.S. elections.

“There are some possibilities, Senator Rubio, for example, has got a bill that targets the 2018 election cycle we’re right in now which is, as I understand it, is potential penalties if the Russians do it again,” McConnell, who controls the U.S. Senate, said on Tuesday. “So yeah, there’s a possibility that we may well take up legislation related to this.”

The push by conservatives for a bill that was introduced in January by Rubio and Democratic Sen. Chris Van Hollen of Maryland comes a day after Trump and Putin met privately for two hours and the president said he believes Putin instead of U.S. intelligence over the extent of Russian interference in the 2016 election. The joint press conference sparked widespread outrage and condemnation from Democrats and Republicans, though Trump tried to walk back his comments on Tuesday by saying he misspoke.

Rubio and Van Hollen’s bill, called the Defending Elections from Threats by Establishing Redlines (DETER) Act, is the first bill since the 2016 presidential election that sets specific punishments for the Russian government and other countries that interfere in U.S. political campaigns.

“Congress has already taken various steps when it comes to Russia and its interference in 2016, this will just be one moving forward that hopefully would deter future attacks, which I believe is the real threat here ultimately,” Rubio said on Tuesday. “It’s not what happened, but what could happen in the future. Hopefully we’ll get to a critical mass and momentum that we can get going on it and get it passed.”

Rubio’s bill, if passed, codifies specific penalties for the Russians that must implemented within 10 days if the Director of National Intelligence determines that interference took place.

The penalties include “sanctions on major sectors of the Russian economy, including finance, energy, defense, and metals and mining” and blacklisting every senior Russian political figure or oligarch identified in the Russian sanctions bill that became law in 2017 over the initial objections of Trump after a supermajority in Congress approved it.

The bill lays out specific acts by foreign governments that constitute election interference. Foreign governments are forbidden from purchasing advertisements to influence elections, using social and traditional media to spread “significant amounts” of false information, hacking election or campaign infrastructure such as voter registration databases and campaign emails, and blocking access to elections infrastructure such as websites that provide information on polling locations.