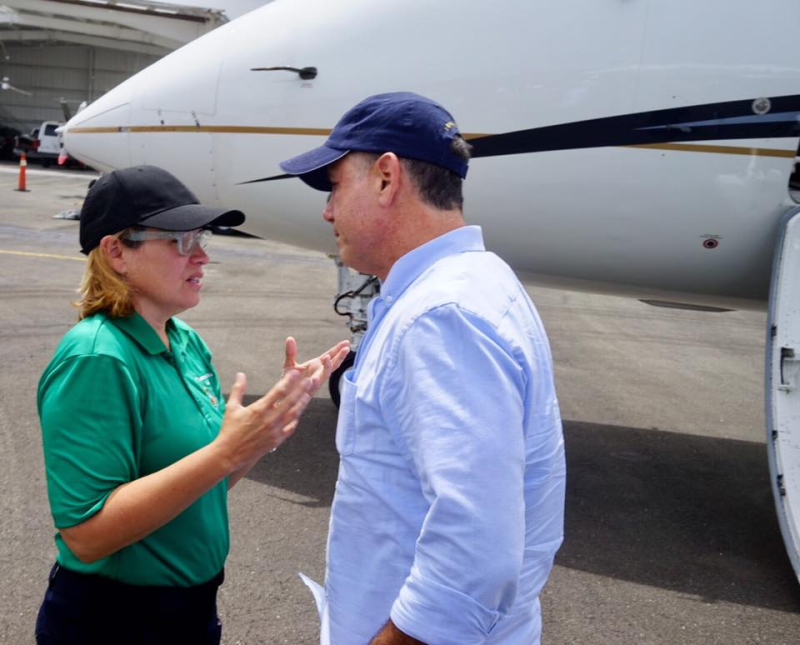 In another sign that Puerto Rican politics is Florida politics, and vice-versa, San Juan Mayor Carmen Yulín Cruz on Tuesday endorsed Philip Levine in his bid to become Florida's next governor.

Cruz, who is expected to run for Puerto Rican governor in 2020 and has been endorsing Florida Democrats this week, could give a boost to Levine in a state that is home to more than 1 million Puerto Ricans. She cut an emotional video for Levine's campaign, telling the story about how Levine chartered a private plane filled with supplies to the island immediately after Hurricane Maria last year.

"From out of nowhere, now I get a call from this guy I'd never heard of, never met. 'Hi mayor, my name is Philip Levine.... and I've been watching you and your people. And I'm going to get on a plane and I'll be there Saturday with medicine, food and supply.' Here's a guy who didn't know me and felt our pain," Cruz says. "You don't feel alone anymore. If he did that for San Juan, someone he didn't know, just think what he could do for you."

Cruz's profile has risen significantly since the hurricane, partly because of her back-and-forth with President Donald Trump, who remains immensely unpopular with Puerto Ricans. She has also endorsed Bill Nelson for U.S. Senate and Darren Soto for Congress.

Levine, the former mayor of Miami Beach, is running in the Democratic primary against Andrew Gillum, Gwen Graham, Jeff Greene and Chris King.

I'm honored to receive the endorsement of Mayor @CarmenYulinCruz, a true public servant who has kept fighting for her people, when Washington turned its back on Puerto Rico.

As Governor, we'll work together to do better for our Puerto Rican neighbors—we're all Americans. #flapol pic.twitter.com/UTLTuuaVpZ