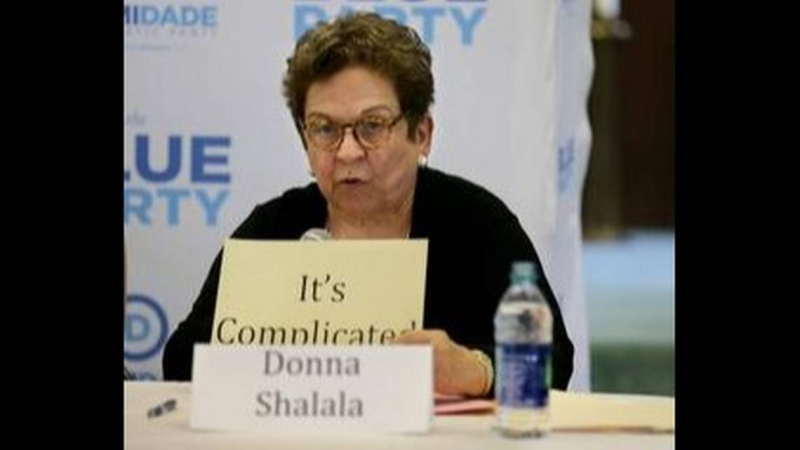 A newly filed financial disclosure shows that Shalala, a leading Democrat in the campaign to replace U.S. Rep. Ileana Ros-Lehtinen in Congress, continues to hold as much as $1.1 million in stocks and options in UnitedHealth Group. Shalala took a seat on the corporate board after leaving President Bill Clinton’s cabinet and was compensated in part through company shares before stepping down in 2007.

Though her relationship with UnitedHealth is well-known, the extent of Shalala’s continued investment in the company — and her sale of more than $100,000 in UnitedHealth stock last year — was detailed for the first time Friday when she filed her federally required financial disclosure. The form, which requires candidates to disclose their assets and income in ranges, placed her net worth somewhere between $4.6 million and $13.5 million.

Shalala is running in the Democratic primary against Matt Haggman, Michael Hepburn, David Richardson and Kristen Rosen Gonzalez. After seeing Shalala’s disclosure, Richardson suggested she’s reluctant to back a Medicare-for-all bill filed in Congress due to her stake in the industry.

“It is now clear that Donna Shalala has refused to support the ‘Medicare for All’ bill in Congress because it takes profits out of our healthcare system,” said Richardson, who’s run commercials casting Shalala as a flip-flopper on universal healthcare.

Shalala bristled Tuesday when asked if her financial stake in the industry influenced her public positions.

She has said she doesn’t support the bill Richardson mentioned because it lacks provisions for nursing-home care and home healthcare and other forms of “long-term care.” She supports a public healthcare option over Medicare for All, she says, because she wants to ensure people won’t be forced to give up private health plans in order to adopt less comprehensive public insurance.

Shalala told the Miami Herald that her position on health care has been consistent dating back to when she oversaw Hunter College in the 1980s, and said her stake in UnitedHealth has never swayed her politics.