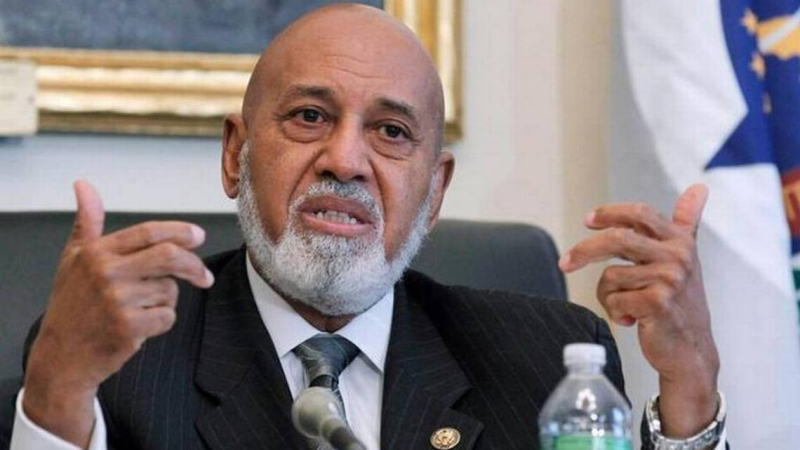 Democratic Rep. Alcee Hastings joked about President Donald Trump drowning in the Potomac River during a campaign rally on Sunday night, prompting laughter from the audience.

Hastings, a longtime congressman who represents a heavily Democratic district in Broward and Palm Beach Counties, relayed a joke he learned from the son of Barry Silver, a former state representative.

“Do you know the difference between a crisis and a catastrophe?” Hastings said, quoting Silver’s son. “A crisis is if Donald Trump falls into the Potomac River and can’t swim... and a catastrophe is if anybody saves his ass.”

Hastings was speaking at the “Stronger Together” rally in Sunrise, which included Sen. Bill Nelson and four of the five leading Democratic candidates for governor. By the time Hastings made the joke, Nelson and the gubernatorial candidates had left, according to the South Florida Sun Sentinel, which first reported Hastings’ comments.

The longtime Democratic lawmaker, who once served as a federal judge until he was impeached in 1989 before winning his congressional seat in 1992, is known for making colorful comments about Trump and other Republicans. He also called Trump a “sentient pile of excrement” during the final stages of the 2016 presidential campaign.

Hastings’ office did not immediately respond to a request for comment.