« Daphne Campbell: 'The gay people have their rights. I have my rights.' | Main | Judge orders Amendment 8 be removed from Florida ballot » 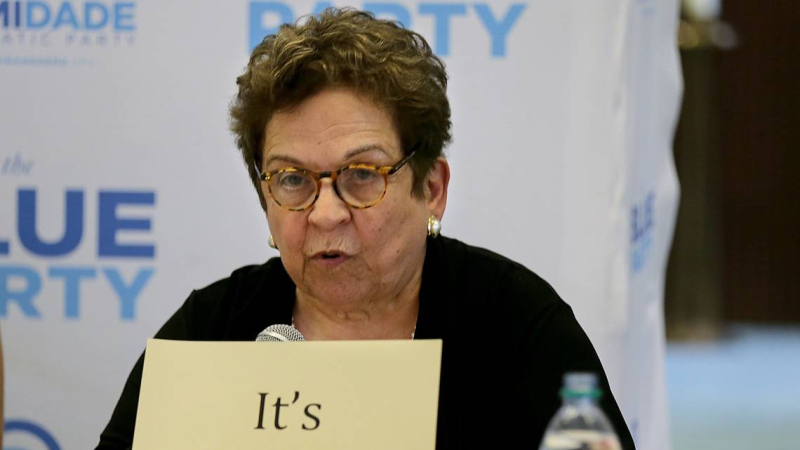 Donna Shalala’s campaign released a new poll Monday suggesting that what seemed like a no-good, forgettable summer wasn’t so bad after all.

The former University of Miami president weathered months of attacks on her bid to win the Democratic nomination to replace Ileana Ros-Lehtinen in Congress and still emerged the clear frontrunner heading into election day, according to the latest poll by campaign consultant Bendixen & Amandi International.

Shalala, was up 18 points on state Rep. David Richardson through Aug. 16 – less than two weeks before the Aug. 28 primary, the poll found.

In a five-way field, Shalala clocked in at 36 percent support, with Richardson at 18, Matt Haggman at 10 percent, Kristen Rosen Gonzalez at 9 percent and Michael Hepburn at 2. The results were based off a query of 700 voters from Aug. 10 through Aug. 16. The poll had a margin of error of 3.7 percent.

A quarter of likely Democratic voters remained undecided – a substantial number at this point of the campaign. But Shalala’s campaign says she’s ahead with every demographic, with 40 percent of Hispanic voters saying they either had or would vote for her in the primary.

The results bode well for the former Health and Human Services secretary after her opponents and at least one outside group easily spent hundreds of thousands of dollars attacking her in commercials and in mailers that began running in May. Over the last month, Richardson and Haggman – Shalala’s stiffest competition – both released polls suggesting that they were closing the gap.

Internal polls should always be considered with some skepticism. But Shalala’s campaign has reason for confidence even with a noticeably high number of undecided voters remaining. It found that not only is she ahead, but that Haggman and Richardson remain unknown to a majority of primary voters.

“Donna made a decision early on in this campaign that she would not attack another Democrat in the primary and do the Republicans’ dirty work for them for the general election,” campaign manager William Washington said in a statement. “What’s remarkable about the race is not that the race has tightened marginally, but that after over a million dollars of negative, nasty attacks that Donna has not responded to, she still has nearly a 20-point lead and is beating her nearest opponent 2-to-1.”