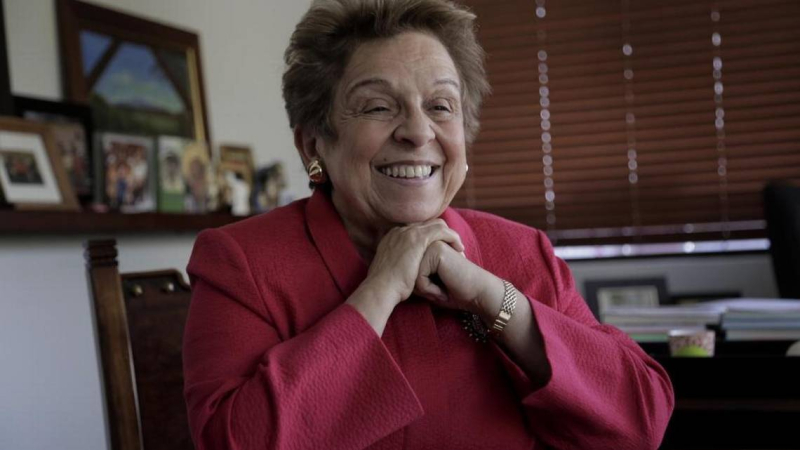 Donna Shalala could have a serious fight on her hands.

New polling from Matt Haggman's campaign shows that Shalala's lead in the Democratic primary to replace retiring Rep. Ileana Ros-Lehtinen is shrinking with three weeks until the Aug. 28 election.

The poll, conducted from Aug. 2 to 5 by RABA Research on behalf of the Haggman campaign, shows Shalala with a 10 percentage point lead over Haggman among likely primary voters and state Rep. David Richardson virtually tied with Haggman. A fourth candidate, Miami Beach commissioner Kristen Rosen Gonzalez, also captures double digit support in Haggman's poll while 27 percent of voters are not sure who they will vote for.

"To see where we’re at with just over three weeks left until the primary compared to where we were a few months ago, this is a testament to the strong campaign that has been built," Haggman campaign manager Michael Edwards said in a statement. "As a first time candidate, Matt did not come in with the name recognition Donna Shalala did. When you look at the poll, 59% of likely voters could change their mind and over a quarter of the electorate is still undecided. We will continue to knock on every door and meet voters across the district, drive Matt’s progressive message forward, and take this race all the way to victory in November."

Haggman and Richardson are trying to present themselves as liberal alternatives to Shalala, the former president of the University of Miami and the former Secretary of Health and Human Services under President Bill Clinton. Haggman, the former director of the Knight Foundation, and Richardson both support a "Medicare for all" healthcare system and want to abolish Immigration and Customs Enforcement, two positions that Shalala does not support. Haggman was one of the first candidates running for congress nationwide to call for abolishing ICE and released television ads on the issue.

Richardson and Haggman also have enough financial muscle to continue television advertisements through the primary, though Shalala has shown she can out raise the field and would have the resources to mount a substantial attack against either if she chooses to do so.

Though Haggman's polling shows a tightening race, Shalala remains the favorite to win the nomination for a seat that Democrats expect to flip in November, as Ros-Lehtinen's Miami-based seat had the largest margin of victory for Hillary Clinton over Donald Trump among all congressional districts held by Republicans in 2016.