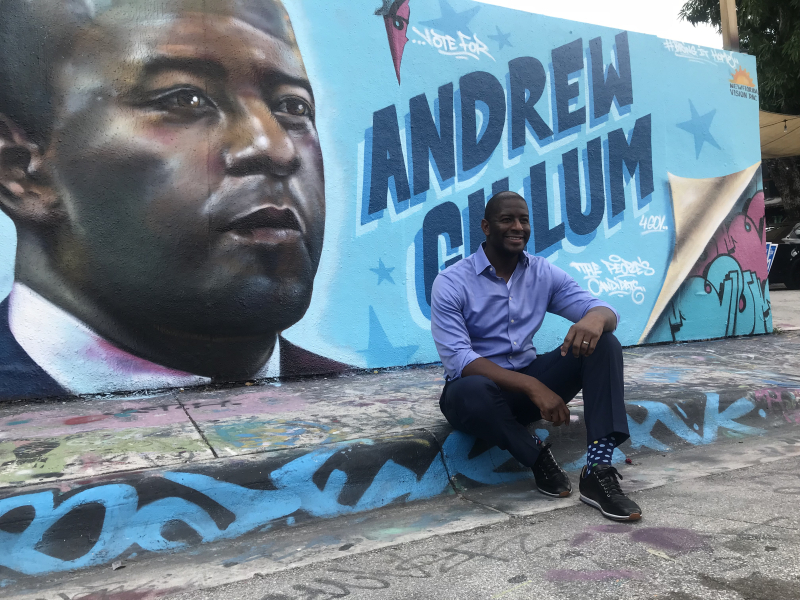 With time running out, Andrew Gillum is hoping a little last-minute help from some well-heeled friends will help put him over the top in the Democratic primary for governor.

NextGen America on Friday is launching a new digital ad for Gillum, putting six figures behind a 30-second spot in order to promote it to a half-million people under the age of 40 on Facebook, Twitter and Instagram, among other digital platforms. NextGen, a liberal advocacy group formed by billionaire Tom Steyer, has promised to spend $1 million on Gillum’s campaign.

“It is undeniable that there is young, progressive, grassroots energy behind Andrew Gillum,” Steyer said in a statement​. “With three weeks to go, we are taking to young Floridians at the doors, through text and online to ensure that they know about Mayor Gillum’s strong record on the issues and commitment to moving Florida forward.”

Blessed with a wealth of liberal enthusiasm but behind in polls and fundraising, Gillum has relied on wealthy donors like Steyer and uber-booster George Soros to help his campaign against Gwen Graham, Jeff Green, Chris King and Philip Levine. But more than 175,000 Democrats have already voted by mail and time is short.

“It’s tough being the only non-millionaire running for governor in a state as big and expensive in Florida, but that being said I have every confidence we’re going to win,” Gillum said this week during a visit to Wynwood, where artist Disem has painted a mural of the Tallahassee mayor. “I’ve been all over the state and what we’re experiencing is a surge in grassroots support. The only poll that matters is the one on election day.”

Steyer announced his support for Gillum in late June and put $500,000 into Gillum’s political committee, Forward Florida. He said NextGen would spend another $500,000 in support. Since then, the organization has knocked on 17,000 doors and sent 20,000 texts for Gillum, according to a press release. NextGen says it will send 300,000 mailers before election day.

Steyer’s spending on Gillum’s campaign is part of a pledge to plunge $3.5 million in Florida this cycle. He’s said NextGen will back the party’s nominee and help Democratic congressional candidates seeking to replace U.S. Rep. Ileana Ros-Lehtinen and Rep. Carlos Curbelo.