« After a hammering from Rick Scott, Bill Nelson going on TV with his first ad | Main | Scott names interim heads for DCF and DJJ » 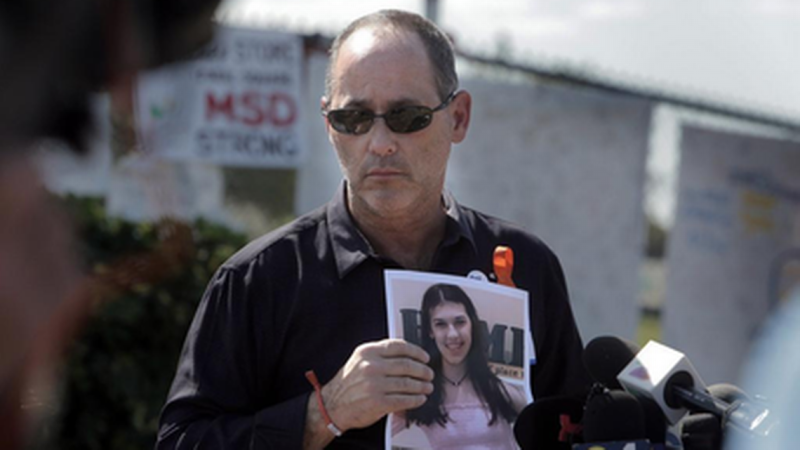 Fred Guttenberg wasn’t happy with Wells Fargo’s decision to keep banking with the gun industry after the Parkland shooting, in which his daughter Jaime was one of the 17 people killed, but he was willing to continue talking when the bank’s CEO told him they wanted to remain politically neutral.

Then came the bank’s decision to shut down Florida Agriculture Commissioner candidate Nikki Fried’s campaign account due to the financial support she received from the medical marijuana industry.

Guttenberg, angrier still with what he perceived as the bank’s hypocritical stance, emailed Wells Fargo CEO Tim Sloan asking him to reconsider their gun policy now that they waded into marijuana politics.

He didn’t get a response.

And the final straw came Monday night, when CNN reported that Bloomberg News reassigned a reporter who covered Wells Fargo after the banking giant complained about the reporter’s coverage of Wells Fargo’s ties to the gun industry.

“I think people ought to move their accounts. We’ve seen what Wells Fargo will do to consumers in the past and now we see what they do to those who disagree with them,” Guttenberg said in an interview. “I could have gone public multiple times. When I read today that they’re actually seeking to punish people for covering their bad behavior when it comes to guns, now I’m going to go public because I’m angry.”

Guttenberg, a vocal proponent of increased gun control measures who is working to elect lawmakers who agree with him on the issue, said the Wells Fargo CEO’s behavior is different than others he’s confronted in public, like Florida Sen. Marco Rubio.

“Senator Rubio, he and I have had many private conversations because maybe one day we’ll try to come together,” Guttenberg said. “It became a problem to me when it became clear [Wells Fargo was] lying. I went public when they actually took action against someone.”