A Miami Cuban American has never lost a House seat to a non-Cuban. It could happen in November 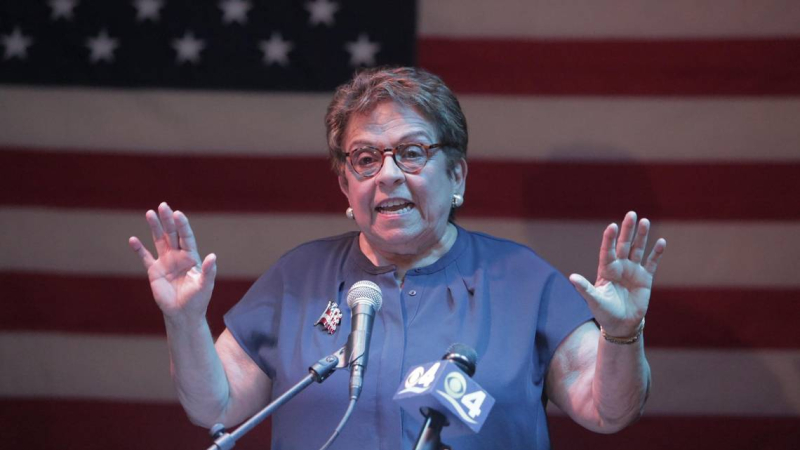 Miami-Dade Democrats, hoping to ride a blue wave in November, have set their sights on winning all five of Miami-Dade County’s congressional seats. It’s a tall order that, if successful, would end the longtime dominance of Cuban-American Republican lawmakers who have exercised outsized power over the nation’s relationship with Latin America.

If a blue wave were to actually hit Miami, the county would be represented in Washington by five women from an unusually diverse background: one African American, one non-Hispanic white, one Jewish, one Ecuadorean American and one Lebanese American. The only Cuban-American Republican left from Miami would be U.S. Sen. Marco Rubio.

But unseating incumbent Reps. Mario Diaz-Balart and Carlos Curbelo, and flipping the seat held by Rep. Ileana Ros-Lehtinen, who is retiring, will require convincing tens of thousands of independent voters — and even some Democrats who have voted against their party in congressional races — that the unique perspective brought by the sons and daughters of Cuban exiles is no longer a prerequisite for holding elected office in Congress, where members have influence over the nation’s foreign-policy course.

“The South Florida tradition in Congress established by Ileana, that tradition is going to continue,” said former Republican Rep. Lincoln Diaz-Balart, a Cuban-American lawmaker who served in Congress from 1993 to 2011. “When you see these national things about waves and all these predictions, South Florida’s different and we’re going to remain different.”

Since Ros-Lehtinen first won her seat in 1989, no non-Cuban has ousted a Cuban-American Republican from a Miami-Dade congressional seat, even in years like 2006 and 2008, when Democrats made sweeping gains across the country in the latter part of George W. Bush’s administration.

Democrats will need to win in Cuban-American strongholds in all three GOP-held districts, including Little Havana and Westchester in Ros-Lehtinen’s district, parts of Kendall in Curbelo’s district and Hialeah in Diaz-Balart’s district.

Ros-Lehtinen is supporting Cuban-American journalist Maria Elvira Salazar — who handily won her GOP primary Tuesday — as the way to continue the legacy that began 29 years ago.

“Lincoln [Diaz-Balart] and I have had the pleasure of working together as a united team for many years and I’ve missed him in Congress,” Ros-Lehtinen said at Salazar’s victory party on Tuesday night. “And now I hope that Chucky [Curbelo] and Mario [Diaz-Balart] miss me in Congress, but they won’t miss me for very long because Maria Elvira Salazar is going to take over.”