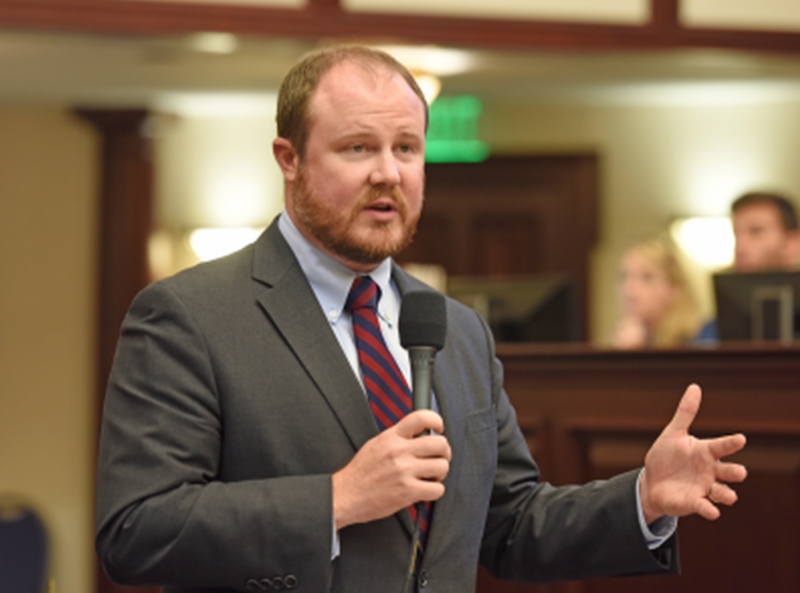 In a letter to Fort Lauderdale attorney and marijuana lobbyist Nikki Fried, Caldwell proposed two debates: one on CBS4 in Miami, and the second at an undetermined location.

The Miami date, which will be moderated by CBS4 reporter Jim DeFede, has not yet been set.

“Voters deserve to know where we stand,” Caldwell wrote. “I challenge you to two debates ahead of the November election so that voters can determine which candidate best represents their views and values.”

But Fried spokesman Max Flugrath said Friday that the Democratic candidate had already offered dates to debate that had been rejected: “Nikki Fried stands ready to debate the issues and in the past week alone, agreed to two dates on which to do just that—yet on both, the Caldwell campaign declined any availability."

“Caldwell must answer for why as Chair of House Government Accountability Committee, he chose not to investigate the failures and corruption of the concealed weapons permitting system, and explain to voters why he opposed and obstructed the medical marijuana amendment that 71% of Floridians supported," he added.

Caldwell spokeswoman Danielle Alvarez said their campaign had not previously discussed debate dates with the Fried camp before Friday's letter letter. "We're thrilled that the Fried team has agreed to our debate challenge," she said. "It's important to Florida voters."

Caldwell and Fried have different track records, policy platforms and upbringings. Caldwell comes from rural Lee County, while Fried was born and raised in Miami. Caldwell has spent a large part of his career in the Florida House, while Fried’s career time as a public defender, commercial litigation attorney and a lobbyist for foster children and medical marijuana.