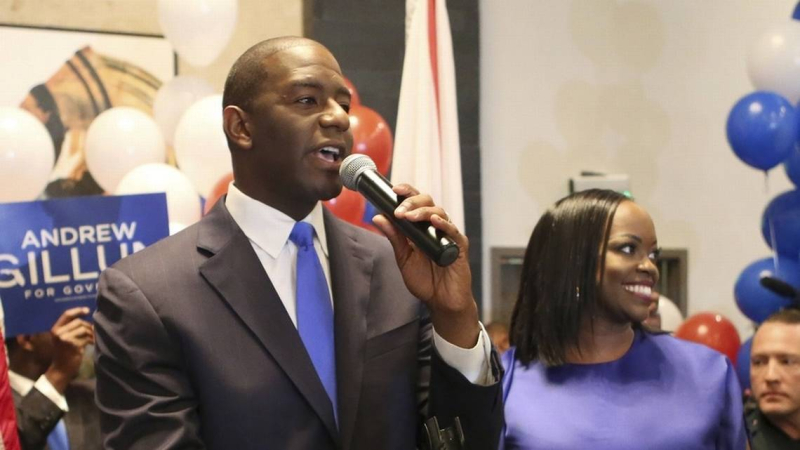 Andrew Gillum might be pulling away from Ron DeSantis in the Florida governor's race.

That's if a new poll released Wednesday by Quinnipiac University proves accurate. The survey of 888 likely voters showed Gillum, the Democratic nominee for governor ahead of the Republican, Ron DeSantis, by nine points, 54 percent to 45 percent. Just six percent of Florida voters said they were undecided, according to the poll.

Gillum has led in most early surveys of the race, but Wednesday's is the first time he's been shown to hold a lead (+9) outside the margin for error (plus/minus 4).

The survey showed Gillum doing particularly well among independents and women, with healthy double-digit leads among both groups. The Tallahassee mayor also had a plus-24 net approval rating in the survey, compared to DeSantis' minus-five rating.

"At this point, Gillum's biggest asset is just that voters like him better," Quinnipiac University Poll assistant director Peter A. Brown said in a statement accompanying the poll's release.

Of course, it's important to use caution when evaluating individual poll results — particularly outliers like Wednesday's survey. Election day is still 40 days away, and a lot can change between now and then.

The Q poll, which surveyed likely Florida voters on land lines and cell phones, was conducted from Sept. 20 through Sept. 24. The data journalism website FiveThirtyEight has given Quinnipiac an A- rating.