« Trump: No statehood for Puerto Rico with critics in office | Main | It had to happen: A political ad about that controversial beach access bill »

Andrew Gillum's former chief of staff: "We must do better" to combat Tallahassee's crime rate 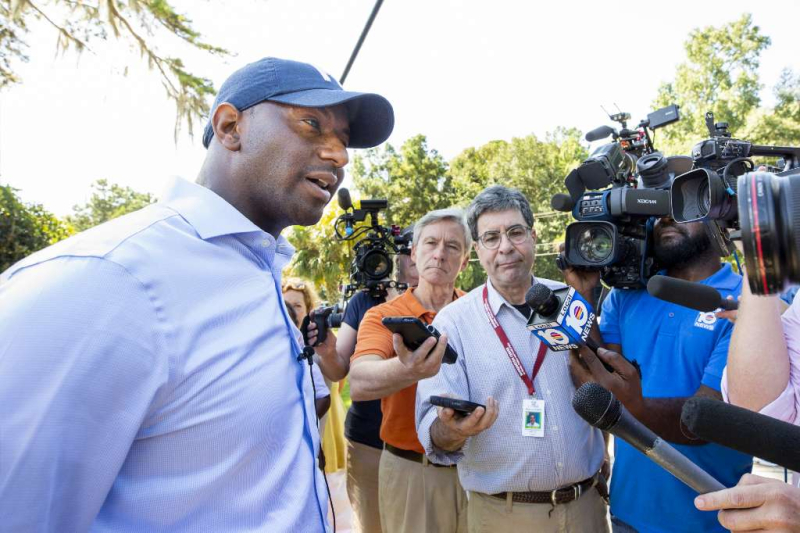 Within hours of his nomination for governor, Tallahassee Mayor Andrew Gillum was getting hammered by Republicans for his city's high crime rate.

But now Gillum's former chief of staff is making it a campaign platform, admitting the city "must do better" to combat crime.

Dustin Daniels is running to replace Gillum as the city's mayor, and in one of his recent campaign mailers, Daniels says, "We can't move our city forward without ensuring that children and families are safe."

"Tallahassee had the highest number of murders in history last year, and we top the state for the highest crime rate," the mailer states, according to Tallahassee Reports, a local newspaper.

Daniels was Gillum's chief of staff from 2014 until April this year, when he decided to run for mayor.

The Republican Party of Florida seized on it Monday, sending out a press release linking to the Tallahassee Reports story about Daniels' flier.

"Even Andrew Gillum’s former chief of staff is admitting his boss’s failure to keep people safe," Meredith Beatrice, communications director for the Republican Party of Florida, said in the release. "How can Gillum expect to keep Florida safe when he has allowed Tallahassee to become one of the most crime-ridden cities in Florida?"

Tallahassee does have one of the highest crime rates in the state, although police experts and the FBI, which compiles crime data, caution against comparing rates with other cities.

Last year, Gillum proposed activating the county's emergency operations center to help combat violent crime, but it was rejected by county officials and some city leaders.

In 2018, Gillum's campaign has touted the fact that violent crime has fallen 24 percent in the first months of the year, compared to the same period last year.

We've reached out to Daniels for comment but haven't heard back yet.