« A Miami Cuban American has never lost a House seat to a non-Cuban. It could happen in November | Main | Marili Cancio releases first TV ad in Miami's Senate District 40 » 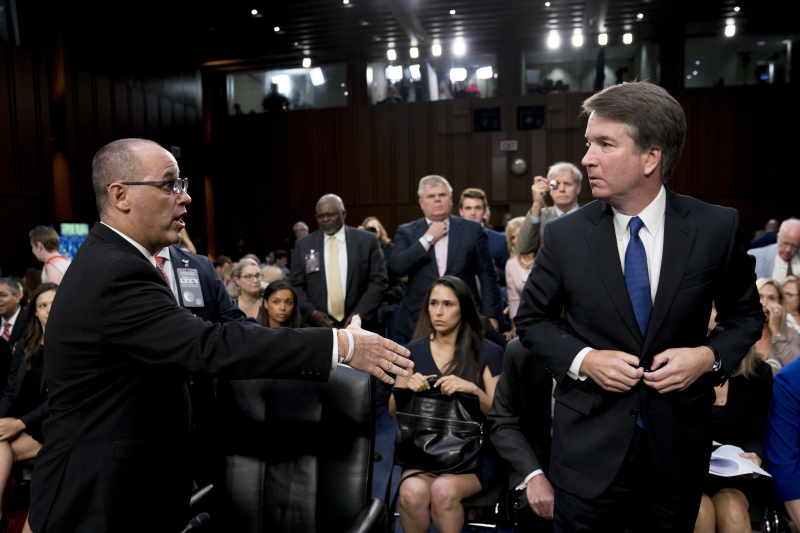 Brett Kavanaugh stood up for a lunch break, began to button up his jacket and turned around to find the outstretched hand of Fred Guttenberg, whose daughter Jaime was killed in the Parkland mass shooting on Valentine’s Day.

“Just walked up to Judge Kavanaugh as the morning session ended,” Guttenberg tweeted. “Put out my hand to introduce myself as Jaime Guttenberg’s dad. He pulled his hand back, turned his back to me and walked away. I guess he did not want to deal with the reality of gun violence.”

The three-second exchange instantly went viral, as Democrats are trying to muster attacks on Kavanaugh even though they likely don’t have the votes to stop his eventual confirmation. The first leg of Kavanaugh’s confirmation hearing on Tuesday was frequently interrupted by protesters in the room, with encouragement from Democrats.

The White House said Guttenberg, a vocal advocate for increased gun-control measures who has traveled to Capitol Hill frequently over the last six months to push for changes in legislation, was “an unidentified individual” and that security intervened before Kavanaugh could shake his hand.

“As Judge Kavanaugh left for his lunch break, an unidentified individual approached him,” White House deputy press secretary Raj Shah tweeted. “Before the Judge was able to shake his hand, security had intervened.”