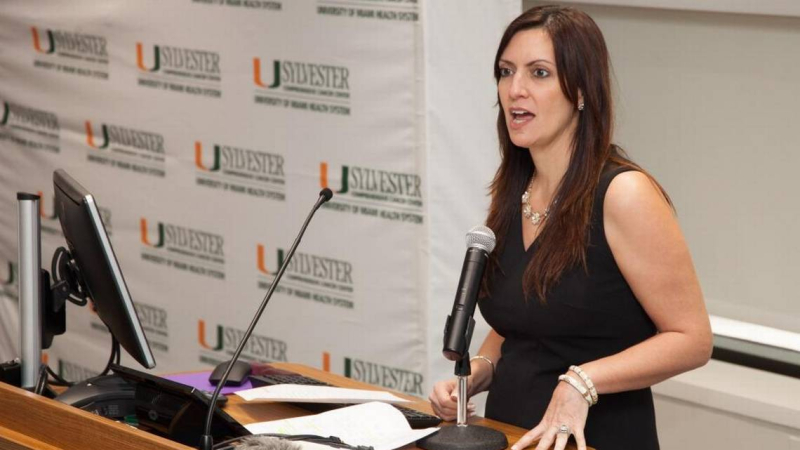 Nuñez, a Kendall-area politician who was first elected to the state House in 2010, would be the first Cuban-American woman to serve as the state’s second in command if she and DeSantis are elected in November. She recently served as Speaker pro tempore under House Speaker Richard Corcoran.

Nuñez’s selection was first reported by Politico. The Herald confirmed her selection through a source familiar with the campaign’s vetting process.

Nuñez, 46, was hesitant to agree, but was swayed by an 11th hour pitch from U.S. Senator Marco Rubio, according to Politico.

During the 2016 presidential primary, Nuñez, who was supporting Rubio, said Donald Trump supports the Klu Klux Klan on Twitter. DeSantis won his primary after Trump made an aggressive pitch to Republican voters to support the congressman over agriculture commissioner Adam Putnam.

Neither the DeSantis campaign nor Nuñez would comment Wednesday evening.

Rep. Matt Gaetz, a loyal DeSantis supporter throughout the primary, said Nuñez would make a great choice on the ticket with DeSantis.

“I served with Jeanette Nuñez for 6 years in the State House. I have long extolled her her virtues, and I think she would make a great pick for lieutenant governor,” Gaetz said, adding that he could not confirm himself that the pick is official.

Nuñez’s selection is expected to be announced at a GOP unity rally in Orlando on Thursday. DeSantis is scheduled to visit Little Havana later in the day to discuss his push in Congress to indict Cuban leader Raul Castro for the shoot-down of two Brothers to the Rescue planes in 1996.

“I think tomorrow is going to be a big day,” Gaetz said.