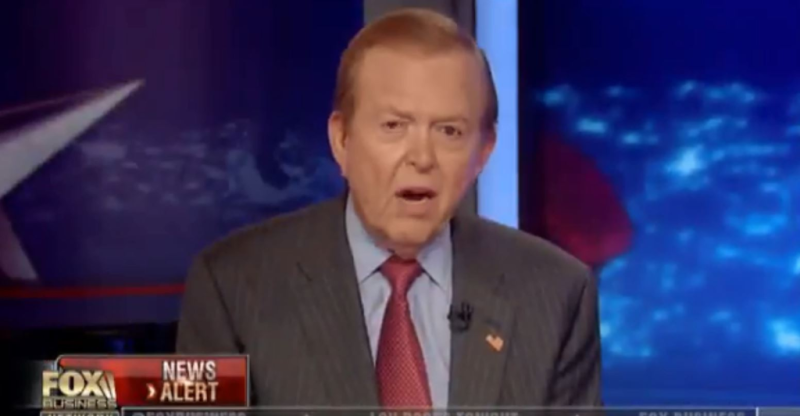 Fox Business Network host and big-name conservative Lou Dobbs set his sights on Florida Thursday night, accusing Ron DeSantis and Gov. Rick Scott of disregarding "science, statistics and evidence" by disagreeing with President Donald Trump about how many people died in Puerto Rico as a result of Hurricane Maria.

"Why did two Florida Republicans locked in tight races distance themselves today from the president on this issue?" Dobbs said on his show before reading pieces of Scott's tweet and DeSantis' campaign statement on the air. "Obviously the two men don't care that the numbers aren't related to facts, nor do they care how those numbers were arrived at."

#FakeNews- The Hurricane Maria death tolls have been inflated & President @realDonaldTrump was right to call out organizations who threw out science and statistics to try to discredit his administration. #MAGA #TrumpTrain #Dobbs pic.twitter.com/xXjF3dfgcH

It's all part of the political fallout of Trump's Thursday tweets that blamed "bad politics" and Democrats for making up a report that inflated the number of people who died in Puerto Rico in an effort "to make me look as bad as possible."

The tweets were a political grenade for Florida Republicans, who have traveled to Puerto Rico, sought endorsements from the island's officials and otherwise worked continually to court the Puerto Rican vote for November.

3000 people did not die in the two hurricanes that hit Puerto Rico. When I left the Island, AFTER the storm had hit, they had anywhere from 6 to 18 deaths. As time went by it did not go up by much. Then, a long time later, they started to report really large numbers, like 3000...

.....This was done by the Democrats in order to make me look as bad as possible when I was successfully raising Billions of Dollars to help rebuild Puerto Rico. If a person died for any reason, like old age, just add them onto the list. Bad politics. I love Puerto Rico!

In response, DeSantis' campaign spokesman Stephen Lawson sent out a statement that said DeSantis "doesn't believe any loss of life has been inflated" and Scott tweeted that "I disagree with @POTUS," using the acronym for "President of the United States."

In his segment, Dobbs then went on to assert that the president was accurate, even though Trump did not provide any evidence for his claims.

The 3,000 figure comes from a report commissioned by the government in Puerto Rico and published by the George Washington University Milken Institute School of Public Health last month. It estimated that there were 2,975 excess deaths between September 2017 through the end of February 2018, compared to historical patterns of the typical number of deaths expected for that time frame.

Much of the Puerto Rico remained without power and running water for months after Maria hit, and many residents died while waiting for help.

READ MORE: Florida officials respond to Trump’s claim, without evidence, that Puerto Rico deaths are made up

Before Dobbs' comments, Fox commentators had typically been very supportive of both Scott and DeSantis. DeSantis has even made jokes on the campaign trail about his frequent appearances on the cable Fox News shows, a viable tool to reach conservative voters.

DeSantis was also endorsed by Sean Hannity, who traveled to Florida to campaign with him.