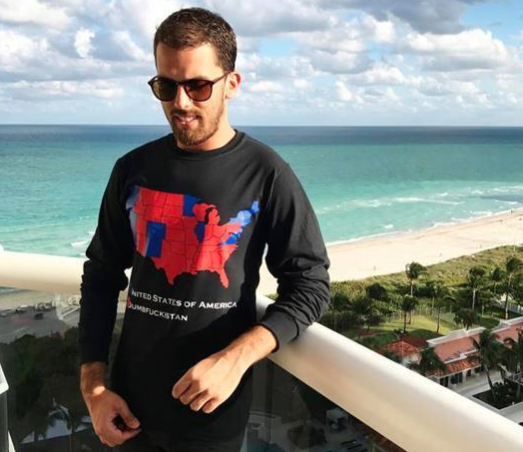 An Andrew Gillum campaign staffer who drew controversy for an explicit shirt referencing President Donald Trump's voters was fired at the end of the week after several offensive past tweets were surfaced early Saturday morning.

The purported tweets from the former Gillum staffer date back to 2012 and 2013. They include a response to Trump saying "you need to be executed," a tweet criticizing obese people for posting food pictures on Instagram, and a graphic implying pacifiers for babies are "preparing" them for oral sex.

Engels, who has contributed to the controversial Infowars website and is a Roger Stone ally, wrote in his post that the photos were provided to him anonymously.

“The type of language this young man used on social media before his employment with our campaign is unacceptable and he will no longer be working with the campaign," said Gillum campaign spokesperson Joshua Karp in a statement.

Read the full story at the Miami Herald.