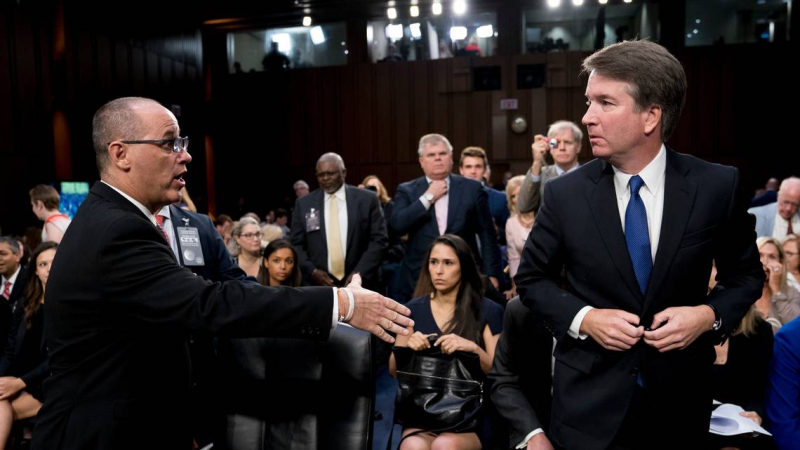 Democrats don’t have the votes to stop Brett Kavanaugh, so they turned his Supreme Court confirmation hearing into a spectacle.

Protesters dressed up in costumes from the dystopian TV drama “The Handmaid’s Tale,” dozens were arrested after interrupting proceedings in the Senate Judiciary Committee and one senator compared himself to Spartacus after daring his colleagues to expel him for releasing supposedly confidential emails from Kavanaugh that had actually been declassified hours earlier.

But the Parkland shooting also played a role in arguments against Kavanaugh’s supposedly genial personality and future rulings on gun issues if confirmed to the lifetime position on the nation’s highest court.

Aalayah Eastmond, a senior at Marjory Stoneman Douglas High School, testified before the Senate Judiciary Committee on Friday with the Brady Campaign to Prevent Gun Violence. Eastmond recounted in detail her experience on Valentine’s Day, when she hid beneath Nicholas Dworet’s body to shield herself from the bullets. At least one senator, Cory Booker of New Jersey, was in tears.

Then she turned to Fred Guttenberg’s snubbed handshake from earlier in the week, when the Supreme Court nominee declined to shake the hand of the Parkland parent and gun control activist whose daughter Jaime was among the victims.