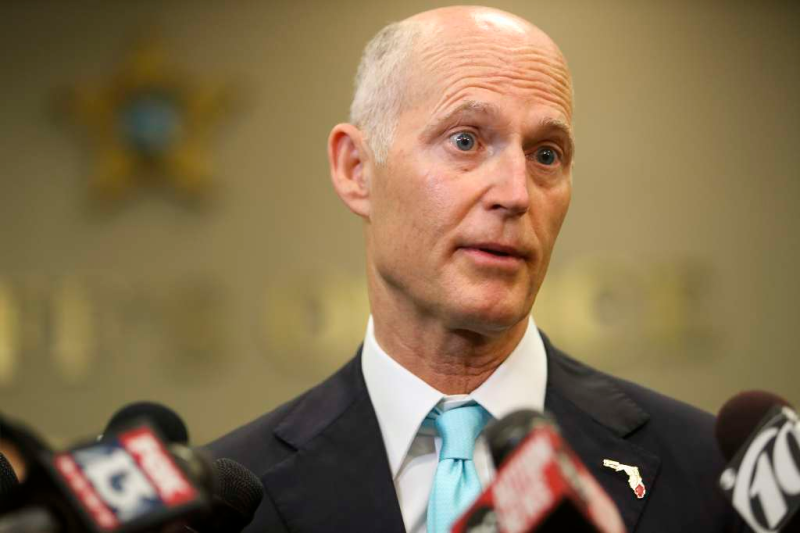 It's back: two groups that were previously told their case was "not ripe"filed a new lawsuit Thursday that alleges Gov. Rick Scott does not have the legal authority to appoint justices to the state supreme court, as three major vacancies loom in January 2019.

The League of Women Voters and Common Cause of Florida have asked the state supreme court to stop the Judicial Nominating Commission from nominating candidates to fill the vacancies.

Their case was previously struck down because Scott had not yet picked new justices, but last week, he directed the commission to begin seeking nominees.

"Governor Scott intends to follow this precedent and will invite the governor-elect to conduct his own interviews of the nominees following the general election," Scott's statement said at the time. "The governor's expectation is that he and the governor-elect — like Governor Chiles and then Governor-elect Bush — will agree on the selection of three justices who will serve with distinction."

The lawsuit contends that Scott is acting "unquestionably beyond his authority" by intending to make nominations before the vacancies open and while Scott is still in office, which they say violates the state constitution.

In a statement, John Tupps, a spokesman for Scott, hit back.

"It’s disappointing that these partisan groups filed a politically-motivated lawsuit that would create three prolonged vacancies on the Florida Supreme Court, contrary to all historical practice," he wrote.

What's at stake with the next justices is the ideological makeup of the state's highest court. Because of a mandatory retirement age of 70 that's set in the state's constitution, all three justices must retire.

Two of the three justices, Fred Lewis and Barbara Pariente, were appointed by Florida's last Democratic governor, Lawton Chiles, with the third, Peggy Quince, having been jointly appointed by Chiles and then-incoming Gov. Jeb Bush.

They have all issued opinions in opposition to the Scott Administration.

Republicans like the GOP's nominee for governor, Ron DeSantis, have spoken often about their retirement as an opportunity to "end judicial activism" by appointing strong conservatives to the bench. His campaign has indicated he would cooperate with Scott.

But if Democratic nominee Andrew Gillum is elected, it's likely he, too, will challenge Scott for the power to appoint the justices. His campaign has said that they believe the rightful authority lies with the next governor.