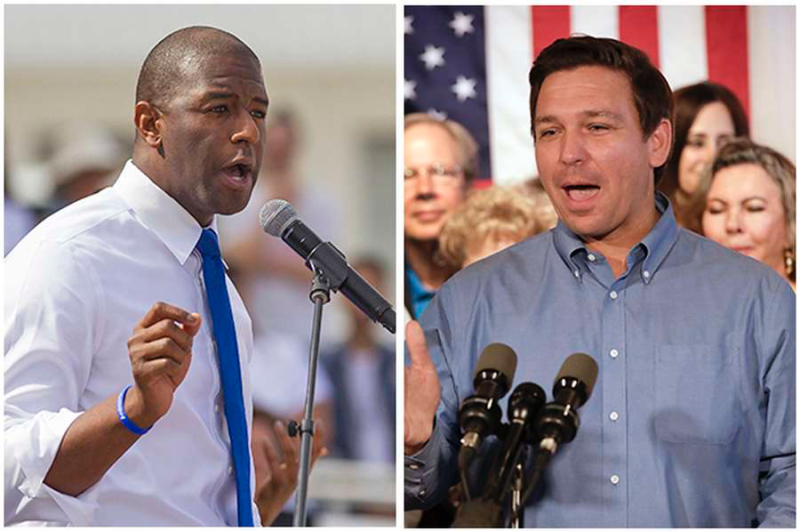 The Leon County Sheriff is coming to the defense of Tallahassee Mayor Andrew Gillum's record on crime, saying that he's made the city safer and that criticism over the city's high crime rate is "disrespectful" to police.

"Under Mayor Andrew Gillum's leadership, violent crime is down 24 percent, and overall crime is down 10 percent with crime at a five-year low in Tallahassee," Sheriff Walt McNeil said in the statement released by Gillum's campaign on Wednesday. "Mayor Gillum's investments into more police officers, restorative justice, and community policing have made Tallahassee safer than when he became Mayor, period.

McNeil also took a shot at Gillum's Republican opponent in the race, Ron DeSantis, who has hammered Gillum for the city's crime rate, which is one of the highest in the state.

"The political fear mongering from his opponent is false, dangerous, and disrespectful to the law enforcement officers on the front lines fighting crime every day," McNeil said.

But it's a message that is apparently resonating - in Tallahassee, at least. Gillum's former chief of staff, who is running to replace him as mayor, is sending out mailers saying the city "must do better" to combat crime.

McNeil was Tallahassee police chief for 10 years before being elected sheriff in 2016. During that run, he, too, campaigned on the area's high crime rate.

In one dramatic television ad, McNeil showed a model home getting blown away by an apparent shotgun blast.